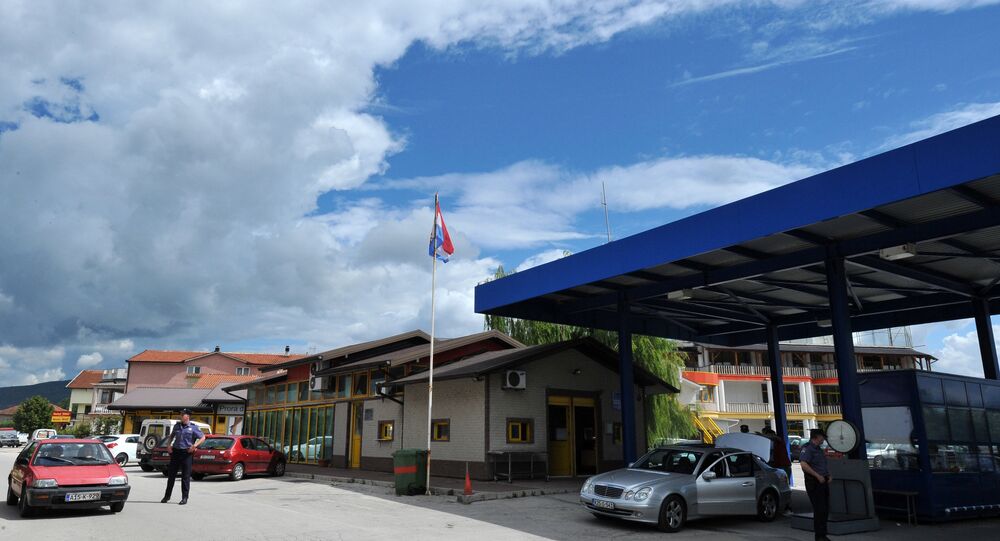 Those on the Bosnian side of the roughly 1000 kilometer border between the two countries await the consequences of Croatia's requested inclusion into the Schengen Area.

© REUTERS / Antonio Bronic
Croatia Inaugurates First Woman President
The Croatian government's application to join the Schengen area of free movement has become a source of apprehension in Bosnia, whose residents, 1.1 million of whom also have Croatian citizenship, are used to a traditionally relaxed regime at the border between the two countries, where they have until recently been waved through after showing their driving license or ID card.

Bakir Dautbašić, Secretary of State for Security in Bosnia and Herzegovina's Council of Ministers, told Avaz.ba that Croatian officials are already putting in place many of the requirements for acceptance to the Schengen area, and that Bosnian citizens will be sure to feel the extra stringency when they cross the border for their summer holidays this year. "They have seriously gone about their work, it's clear that Croatian border officials do their job zealously," he said.

Croatia joined the EU on July 1 2013, and earlier this month the Croatian government announced its application to become a member of the currently 26 strong Schengen area, which Brussels will evaluate in  2016. The country has received €120 million [$130 million] from the EU's Schengen Facility fund to strengthen its border controls, which it has until July 2016 to spend.

© AFP 2019 / ROBERT ATANASOVSKI
Macedonia and Bosnia Propose Joint Balkan Armed Force
"We take these funds seriously, they have to be used in a focused way, very strictly and without mistakes, otherwise the money has to be returned," said Croatian Minister of Internal Affairs  Ranko Ostojić earlier this month. According to media reports, among the apparatus at the disposal of the Croatian authorities will be helicopters equipped with night vision equipment, radar stations and even medical equipment able to detect a racing heartbeat.

On February 27 Croatian newspaper Jutarnji List reported that Brussels, worried by the increasing numbers of immigrants from the Balkans seeking asylum in Western Europe, has not excluded the extreme measure of instituting a visa regime for citizens of western Balkan countries, after figures were published showing that in 2014 more than 50000 people from Serbia, Bosnia and Herzegovina, Macedonia, Albania and Montenegro made asylum applications in EU countries, the vast majority of which were refused, an increase of 40 percent on the previous year.

"A number of EU countries have been confronted with terrorist attacks and problems with people who misuse freedom of movement, raising the question of what will happen when the Schengen zone extends further," said Ostojić. "Above all this concerns the eventual admittance of Bulgaria, Romania and Croatia in the Schengen area. However, Croatia is currently watching its own border, and the future European border, very well."

Four Men Arrested in Bosnia Heading With Bomb to Scandinavia