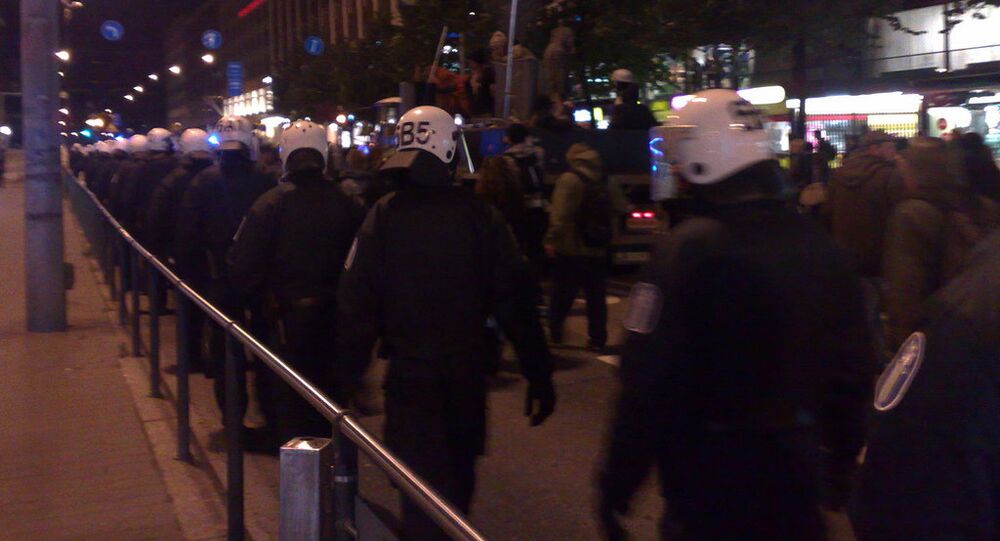 © Flickr / Aldo van Zeeland
Finns Ready to Spend More on Defense, but Reject NATO Membership – Poll
The Finnish police on Thursday demonstrated the newest addition to its force, the first of a new kind of police van designed to withstand heavy blows made to it with sticks or stones.

"This vehicle can be used for ordinary patrols, but its special purpose is for mass disturbances," Inspector Jussi Huhtela of the Helsinki police told Yle News. "If we had had this kind of equipment during the mass disturbances on Independence Day, it would have been easier for us to get the situation under control."

On December 6 2013, Independence Day gala celebrations in the city of Tampere were marred by clashes between police and around 200 protesters, of whom 28 were arrested. Dozens of police cars arriving at the scene were pelted with bottles, and the numbers of police on the street was boosted to as many as 300 officers.

The Finnish force got the inspiration for the new vehicles, which officers have named 'Mörkö' after a fictional character from the Moomin stories, from the police force in neighboring Sweden, where police in Stockholm used similar vans to control mass rioting that took place in the city's suburbs in May 2013.