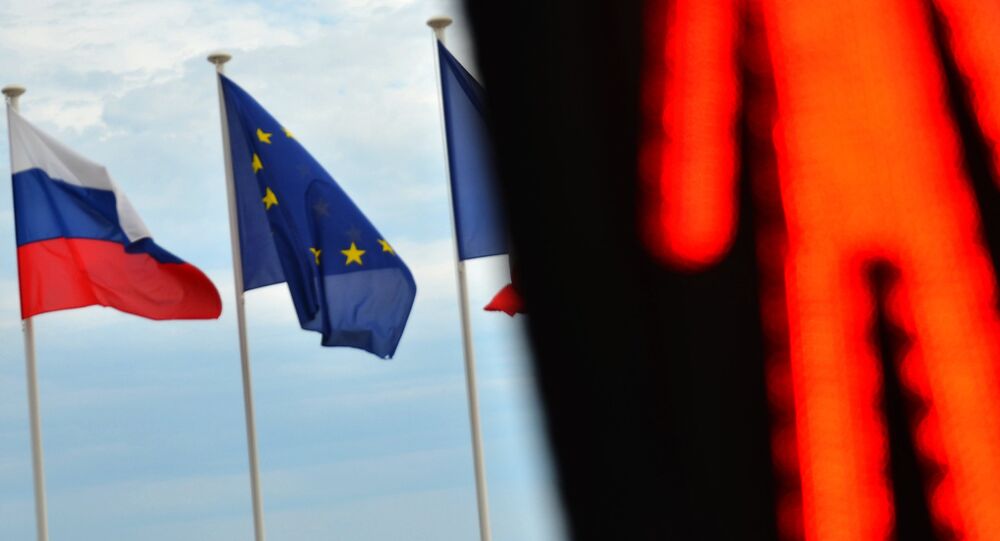 The European Council said that the decision on EU economic sanctions against Russia will be taken in the coming months, with the bloc ready for new measures if necessary.

BRUSSELS (Sputnik) – The decision on EU economic sanctions against Russia will be made in the coming months, with the bloc ready to introduce new measures if necessary, the European Council said.

"The necessary decisions will be taken in the coming months. The European Council stands ready to take further measures if necessary," the Council concluded on Thursday.

© REUTERS / Francois Lenoir
Duration of Russian Sanctions Depends on Minsk Deal Implementation - Tusk
The Council also agreed that the duration of the sanctions should be linked to the full implementation of the Minsk agreements.

Several rounds of sanctions have been implemented against Russia by the European Union, the United States, and a number of other western nations, following Crimea's reunification with Russia in March 2014, with the West accusing Moscow of annexing the region.

The West also accused Russian authorities of meddling in Ukraine's internal affairs and escalating tensions in the country, however Moscow has repeatedly denied its involvement in the Ukrainian crisis.

The restrictive measures imposed on Russia target energy, banking and defense sectors of the country's economy, as well as certain individuals.