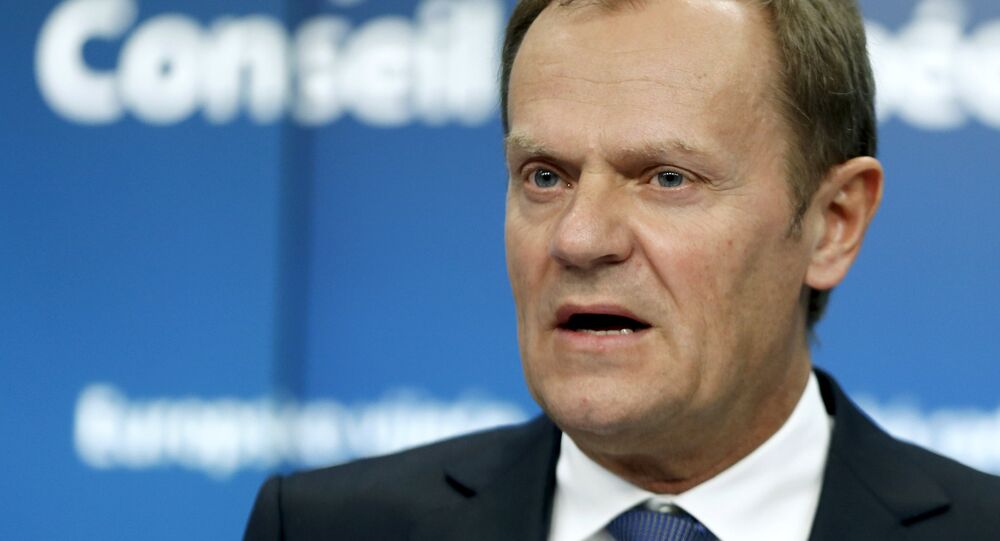 The European Council President Donald Tusk said that the Council agreed that the duration of economic sanctions against Russia was connected with the full implementation of the Minsk agreements.

BRUSSELS (Sputnik) – The European Council said that the duration of economic sanctions against Russia was connected with the full implementation of the Minsk agreements, foreseen by late 2015, the Council President Donald Tusk said.

"The European Council agreed that the duration of economic sanctions will be clearly linked to the complete implementation of the Minsk agreements, bearing in mind that this is only foreseen by the end of 2015," Tusk said at a press conference on Thursday.

© Sputnik
EU Should Uphold Anti-Russia Sanctions to Support Ukraine - Tusk
According to Tusk, the European Union stands ready to support the ceasefire process in Ukraine and "to respond positively to progress made."

The European Union, alongside the United States and a number of other western countries, have imposed several rounds of sanctions on Russia following Crimea's secession from Ukraine and reunification with Russia in March 2014.

On February 12, the leaders of Russia, Ukraine, France and Germany worked out a peace deal in the Belarusian capital of Minsk.

The deal presupposes ceasefire, all-for-all prisoner exchange and the withdrawal of heavy artillery from the line of contact in Ukraine, among other steps.