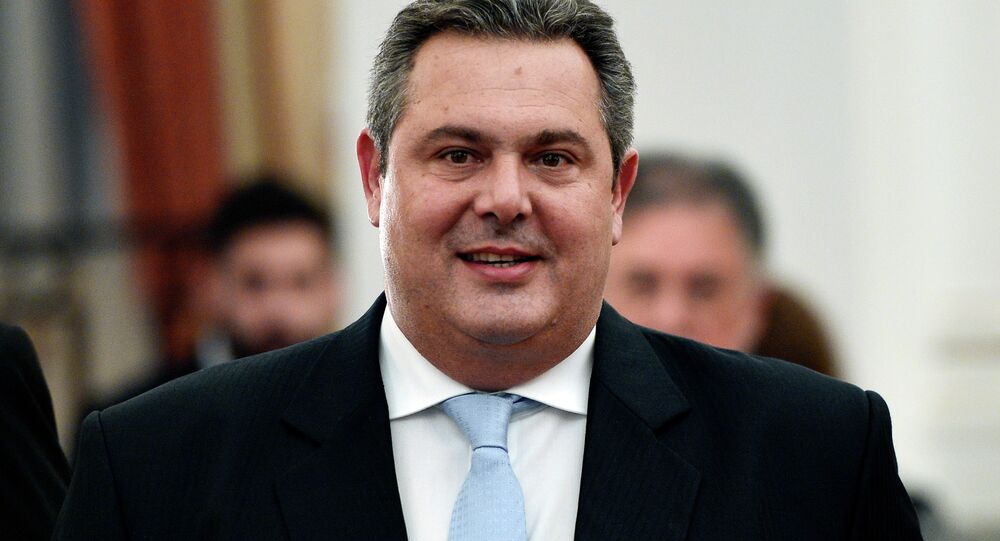 Speaking after talks with Russian Deputy Defense Minister Anatoly Antonov, Isihos said that the agenda of the visit included a meeting between Kammenos and Russia Defense Minister Sergei Shoigu.

"They are expected to discuss bilateral cooperation in the defense sector, with focus on expending military-technical ties," Isihos said.

© AP Photo / Ivan Sekretarev
Athens as 'Bridge' Between Russia, EU - Greek Foreign Minister to Sputnik
Isihos also emphasized that the Greek defense sector’s enterprises would benefit from technical support and advice from the Russian side.

Before the 2009 financial crisis Greece used to purchase Russian military hardware worth billions of dollars. However, in recent years, Athens was forced to reduce its arms imports since its economy shrank amid the economic crisis and a huge national debt.