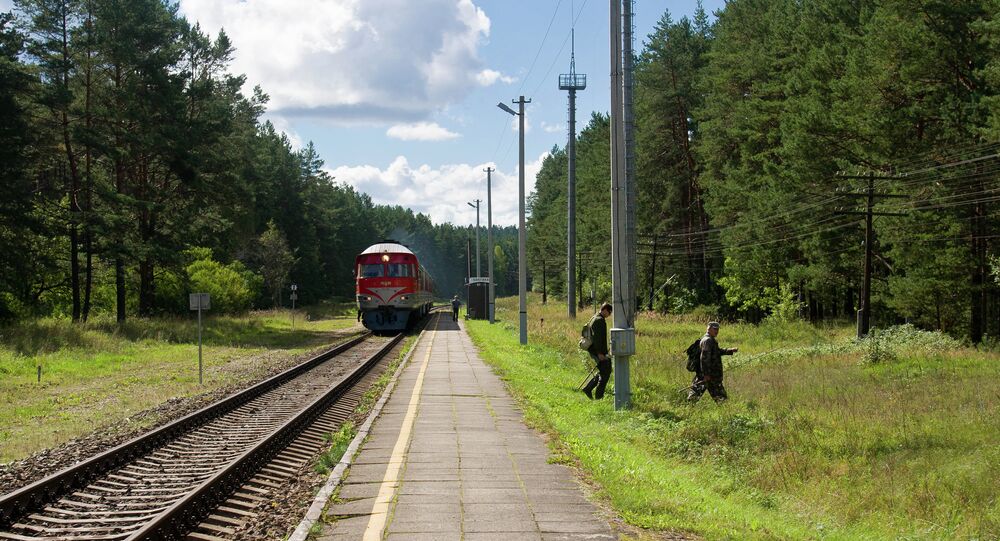 © AP Photo / Virginia May
Lithuanian President Tells Baltic States to Brace for 'Russian Aggression'
Two major train stations in Lithuania, one in its capital, Vilnius and another in its suburb, Naujoji Vilnia, have been shut down and cordoned off by the country's military after a train full of young people from Russia entered the country.

"There was a suspicion that there are military personnel in the train," the spokesman of the Lithuanian Border Guard Service, Rokas Pukinskas told Lithuanian news site Delfi. He added that "a signal was received" that a large group of young people is heading into Lithuania by train.

However, the train only contained Russian students who were heading to a maritime college in Kaliningrad through Lithuania, Rokinskas admitted:

"Our employees checked the train, but all the passengers had valid documents and visas. We have no complaints against them, we can't not let them through our territory."

© AP Photo / Mindaugas Kulbis
Back to Conscription? Lithuania Buffs Army as Paranoia Campaign Intensifies
In recent months, Lithuania has ramped up a campaign of paranoia against Russia, which pundits in Lithuanian media allege is about to invade the country. As a result, Lithuania has reinstituted a conscription-based military, conducted military drills against "separatists" and demanded greater assistance from NATO.
...
Reddit
Google+
Blogger
Pinterest
StumbleUpon
Telegram
WhatsApp
4128