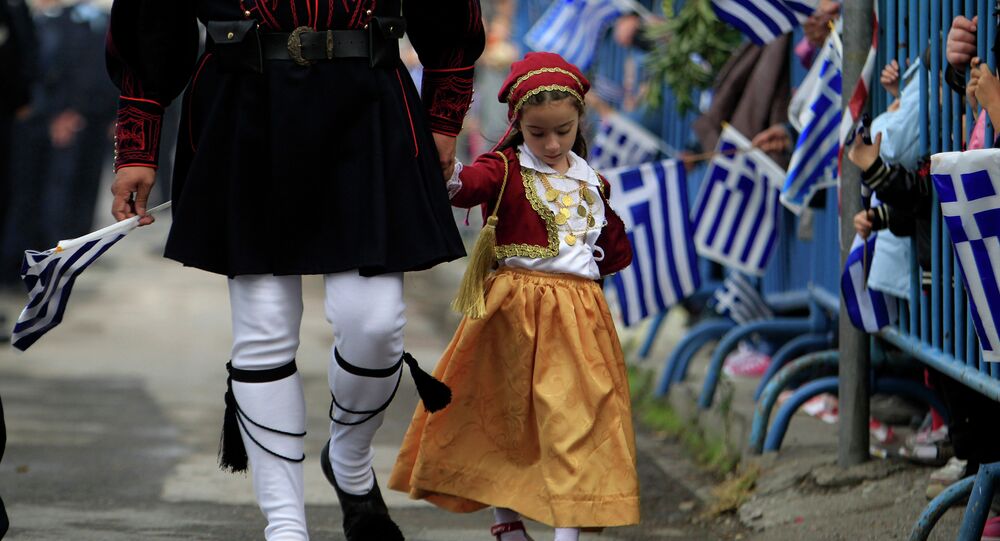 Greece should be financially compensated by Germany for war crimes committed during the Nazi occupation of the country between 1940 and 1944, according to Germany's Social Democratic Party.

Around 250,000 people died during the occupation, with many having starved to death.

In an interview with German news magazine Der Spiegel, Gesine Schwan, chairwoman of the Social Democratic Party values committee, said "It's about recognising the fact that we committed a serious injustice in Greece".

The relationship between Germany and Greece has been under intense strain since the beginning of the Eurozone crisis, with Germany as its major creditor following the bailout in 2010.

However, SDPs deputy chair Ralf Stegner said "We should hold a discussion about reparations. We shouldn't connect the matter of reparations with the current debate about the euro crisis".

For the last 25 years, Berlin has stipulated that the case for reparation for Greece is "closed", despite requests from the Greek government that the compensation be used to help pay off the country's debt.

In 1960, Berlin paid 115 million Deutschmarks (€58 million) to Athens in compensation for the Nazi occupation of Greece during the Second World War. However Greece says the deal made in 1960 did not cover the damage to infrastructure, war crimes and the return of a forced loan exacted from Nazi occupied Greece.

"Germany can't just sweep the demands of Greece off the table. Morally and legally, this chapter is far from complete."

But according to Merkel's spokesman Steffan Seifert: "It is our firm belief that questions of reparations and compensation have been legally and politically resolved".

It's estimated that Athens could be demanding €108 billion for destroyed infrastructure and €54 billion for the forced loan.

"They won't get their debts paid by conjuring up German obligations from World War II."

He said that trust in the Greek government had been "destroyed", adding that Athens wasn't being honest with its citizens by placing the blame for the country's debt crisis on Brussells, Berlin and the rest of Europe.

According to Guillermo Medina, a Spanish journalist and former Member of Parliament: "The negotiations between Greece and its European partners mark a milestone in the political tussle in the European Union since the reunification of Germany in 1990, between moving towards a Europeanised Germany or a Germanised Europe".

Greek Prime Minister Alexis Tsipras is due to travel to Berlin for talks with Angela Merkel next week and scheduled to be hosted by Russian President Vladimir Putin in May.