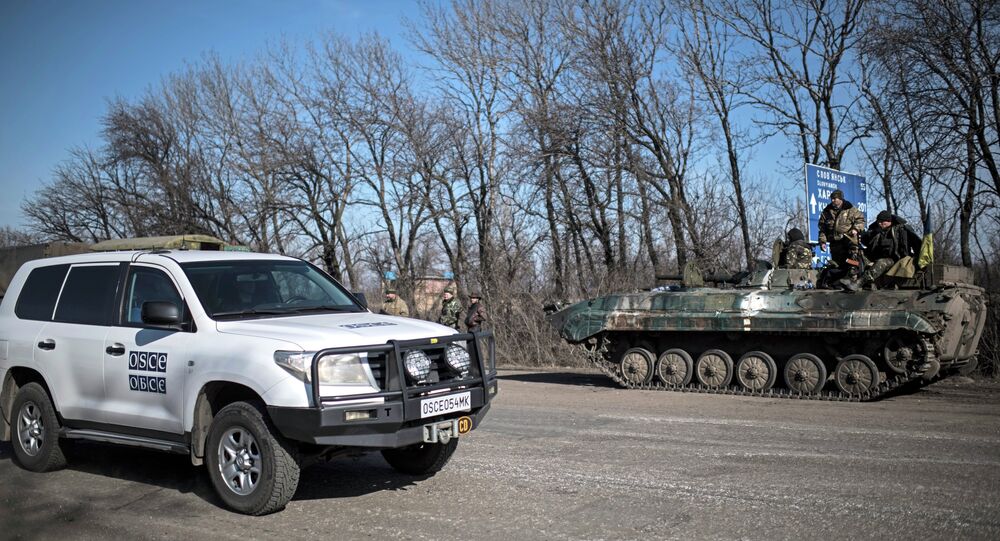 Implementation of Minsk Accords 'Crucial' for Peace in Ukraine - Kremlin

It is too early to discuss Russia's possible stand on deployment of UN peacekeepers in contested areas in eastern Ukraine, the Kremlin spokesperson added.

"It is of key importance today to continue the implementation of Minsk and Minsk-2 agreements, and avoid any steps that could undermine this process," Peskov told reporters.

Peskov added that it was too early to discuss Russia's possible stand on deployment of UN peacekeepers in contested areas in eastern Ukraine.

"This issue has not been discussed by the UN Security Council yet. Let's not get ahead of ourselves, and take this process step by step," he said.

© AFP 2020 / DOMINIQUE FAGET
Donetsk and Luhansk Denounce Kiev for Sabotaging Minsk Obligations
The recent Minsk accord agreed by the leaders of Russia, Ukraine, Germany and France includes steps aimed to end the deadly standoff between Kiev forces and independence supporters in eastern Ukraine.

Under the deal, the warring sides agreed to cease fire and create a buffer zone by withdrawing heavy arms in the country’s east.

Last week, Ukrainian President Petro Poroshenko said in an interview with the German newspaper Bild that the Minsk truce deal is “not working”. Poroshenko also voiced an idea of deploying UN peacekeeping mission in embattled parts of Ukraine, which was heavily criticized by Russian officials as an attempt to delay the implementation of the peace agreements.