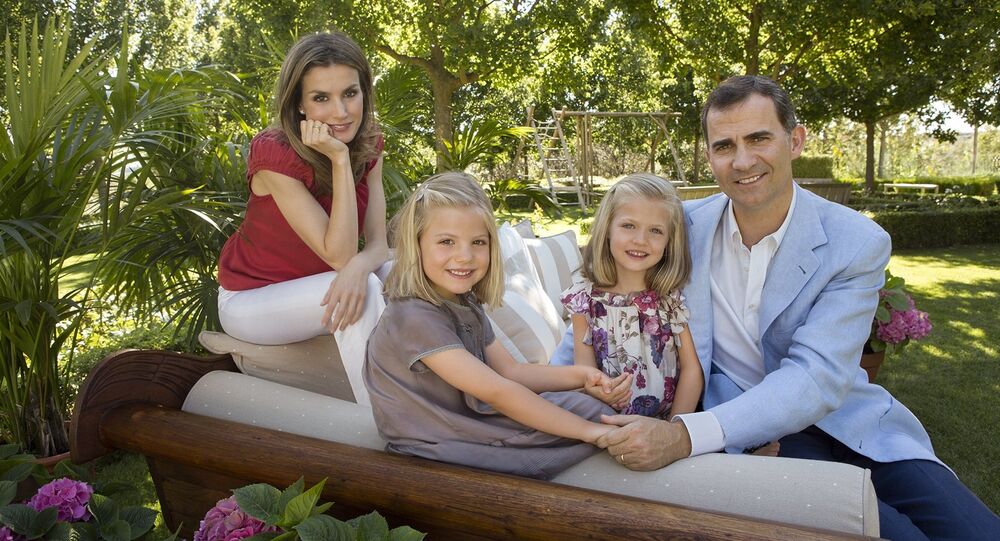 “Felipe of Spain will know what suffering is when his two daughters are under the rubble,” the Islamists’ note was quoted as saying by the Spanish newspaper.

On March 13, Spanish police detained eight members of the jihadist cell, who selected people to be sent to Syria and Iraq and incited the implementation of terrorist attacks, during an anti-terrorist operation across the country.

The note was reportedly found during the searches. It allegedly belonged to the presumed leader of the group, referred to King Felipe VI and his two daughters and was later submitted to magistrate Javier Gomez Bermudez at the Spanish National Court.

This arrest is only the most recent case of detentions in Spain on suspicion of spreading the Islamic State jihadist group propaganda. According to Spain's Interior Ministry, local police arrested four suspected ISIL-affiliates in late February.

ISIL amplifies its intensive propaganda in social media, aimed especially at the youth. Due to such tactics, the group managed to recruit thousands of people from all around the world.

In July 2014, a public opinion poll by ICM Research, commissioned by Sputnik News Agency, revealed that 26 percent of French youth polled expressed some form of support for the Islamic State.