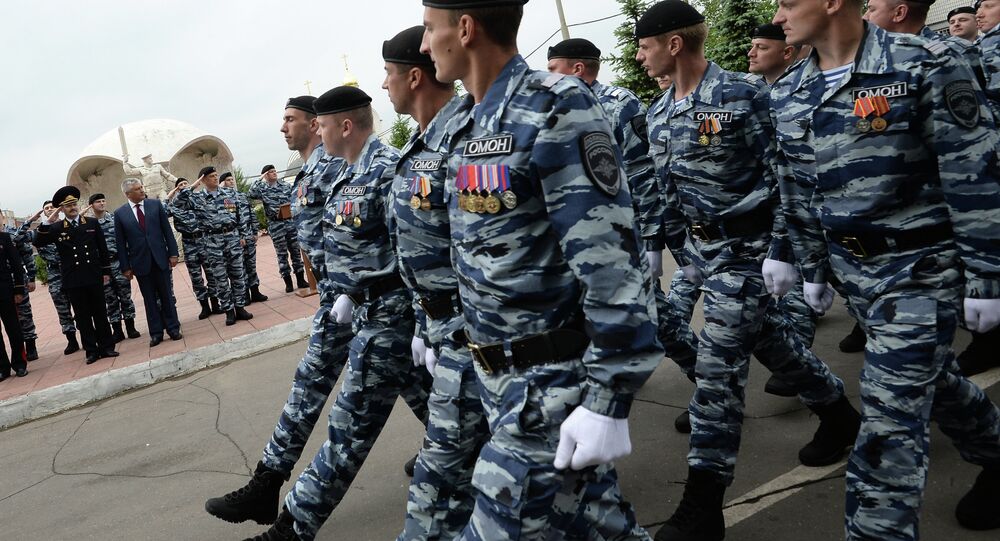 A Berkut veteran noted that the Crimean special police force managed to prevent Ukrainian military from using weapons against civilians.

MOSCOW (Sputnik) — Members of the Crimean Berkut special police were ready for hand-to-hand combat to avoid bloodshed and weapons use during the so-called Crimean spring of 2014, a veteran of Berkut’s Sevastopol branch said Monday.

© Sputnik / Andrey Stenin
We Didn't Betray Ukraine: The Berkut Story One Year On
Exactly one year ago, a referendum was held in Crimea in which more than 96 percent voted for the peninsula to secede from Ukraine and rejoin Russia.

As anti-Ukrainian sentiment rose in the region, the Crimean branch of Ukraine’s Berkut force helped ensure the safety of local residents.

“I can tell you that our group, leaving the north of Crimea, agreed that we would not use weapons first under any circumstances, meaning that the use of weapons was possible only if one of our fighters was injured, or, God forbid, mortally wounded. We were ready to fight hand-to-hand, but not shoot,” Roman Efremenko told RIA Novosti.

However, Berkut was forced to make a few warning shots when two buses carrying members of the far-right Right Sector group attempted to enter Crimea, he said.

“We had information that Ukrainian military units were taking out arms and getting ready to use them against the civilian population,” he said, adding that Berkut’s Alpha unit ensured that this weaponry was not used.

According to Efremenko, the situation was tense, and Ukrainian forces asked for Berkut not to attack. The Crimean special police force only smiled at these requests, he said, as they lacked the resources to do so.

“We had only two or three ammunition magazines for six fighters. So we played along with them,” he explained.

Russian President Vladimir Putin signed a reunification treaty with representatives of Crimea on March 18, 2014. The treaty was shortly approved by the Russian parliament and signed into law, and the Republic of Crimea and Sevastopol were officially recognized as federal subjects of Russia.