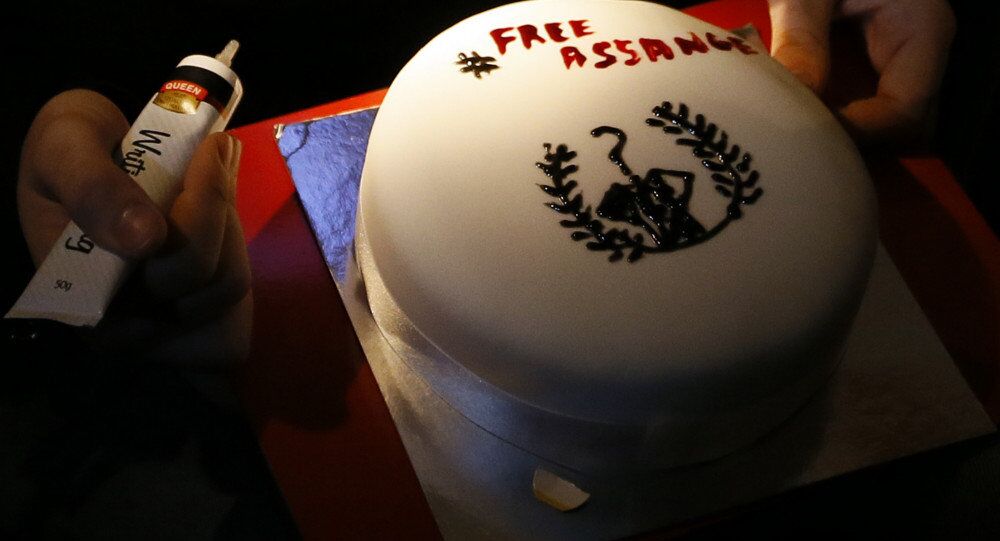 Supporters of Julian Assange are holding a vigil to mark the 1,000th day since the WikiLeaks founder sought refuge inside the Ecuador embassy in London to avoid travelling to Sweden, where he is wanted for questioning over claims of sex assaults against two women, which he denies.

© REUTERS / Luke MacGregor
Get The Ball Rolling: UK, Ecuador Likely to Green Light Assange Interrogation
He fears being extradited to the United States if he goes to Sweden to face interrogation over the publication of secret documents by WikiLeaks. Hopes of a breakthrough to the impasse rose last week when the Swedish prosecutors said they would be prepared to interview Mr Assange inside the Embassy.

Swedish prosecutors want to question Julian Assange in London over allegations of sexual assault, potentially ending an impasse that left the WikiLeaks founder holed up for almost three years in Ecuador's embassy in London.

Swedish prosecutors said on Friday they had asked for Assange's approval to question him in London, a U-turn after years of insisting he must go to Stockholm for questioning about alleged assaults against two women in 2010.

Hanging on in There

"He has been nagging for this for four years. He wants nothing more than to have an opportunity…to give his version of what happened and to clear his name."

© AP Photo
£10 Million Spent on Assange Stakeout As London Taxpayers Foot the Bill
Assange, an Australian citizen, has been unable to leave Ecuador's embassy since claiming asylum there in 2012.

Even if Sweden drops the investigation, he faces arrest by British police for jumping bail granted while the UK courts considered a European arrest warrant issued by Sweden.

Samuelson said Assange and his lawyers had to discuss the request from Swedish prosecutors, who also want to sample his DNA, before responding. A Swedish appeals court late last year upheld a detention order on Assange, but said prosecutors had not made enough effort to question him.

Despite the siege #Assange gave this support message for us last year https://t.co/JWEgK2eSm0 support him tmrw #WikiLeaks #1000daysAssange

The main reason for the prosecutors' change of heart is that several crimes Assange is suspected of are subject to a statute of limitations expiring in August.