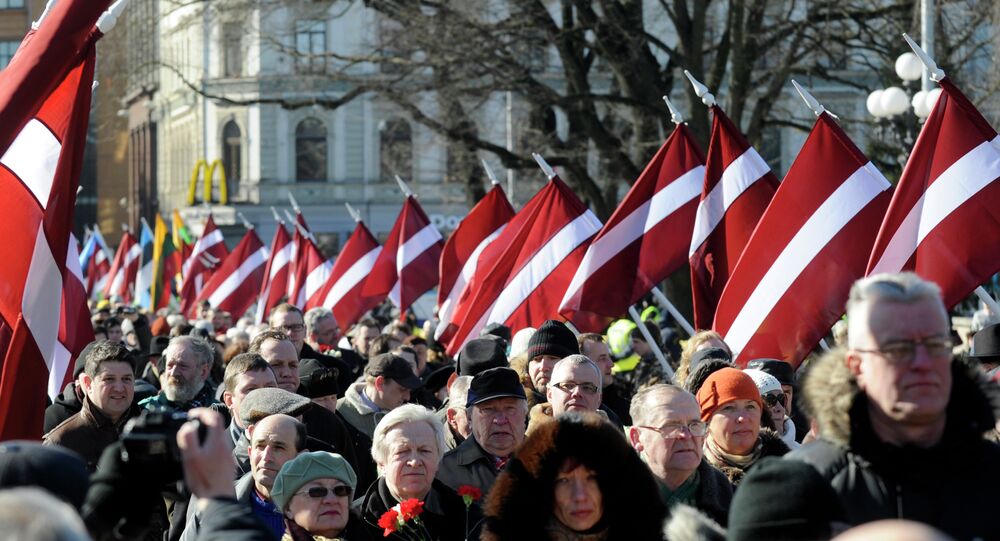 The annual march of the Waffen-SS Latvian Legion veterans and their supporters was held in the center of the Baltic country's capital Riga on Monday, according to local police.

The Latvian Legion of the Nazi Germany's Waffen-SS was created in 1943. The unit surrendered in May 1945 among the other Nazi forces.

In protest a number of anti-fascist activists dressed up in white uniforms and called for a "disinfection" of the area they theatrically claim is tainted by what they term the "Nazi disease."

Earlier in the month, Latvian Minister of Justice Dzintars Rasnacs confirmed he would take part in the march to "honor fallen Latvian legionnaires and their faith in fighting for a free Latvia."

Russian Foreign Ministry's human rights ombudsman Konstantin Dolgov labeled the march a cynical outrage upon the memory of millions of World War II victims, calling on the European Union to stop this "violation of the international law."