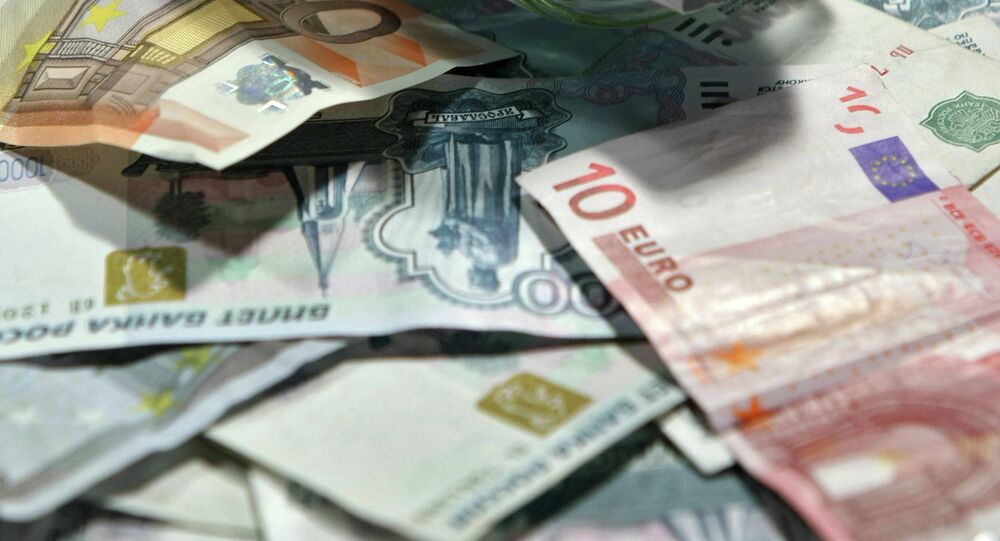 A multi-currency payment system will be available in one of the breakaway eastern Ukrainian regions starting Sunday, an official resolution says.

LUHANSK (Sputnik) — The payment system will allow the population of the self-proclaimed Luhansk People's Republic (LPR) to bypass what its officials describe as an "economic blockade" by Kiev authorities, who previously shut all banks in the region in an attempt to cut off financial flows to LPR.

The resolution cites a general shortage of cash in the national currency Hryvnia and lack of access to consumer goods as the main reasons behind this decision.

In November 2014, Ukrainian President Petro Poroshenko signed a decree, essentially imposing an economic blockade in southeastern Ukraine. The decree stipulated the suspension of operation of state institutions and banks in militia-controlled territories.

The move left large number of people without pensions and other social benefits. It has drawn criticism from the UN refugee agency and the Organization for Security and Co-operation in Europe (OSCE), who said the disruption of welfare aid brought the regions on the verge of a humanitarian catastrophe.

Shelling of Pervomaisk Mine Proves Kiev Did Not Withdraw Mortars - Luhansk