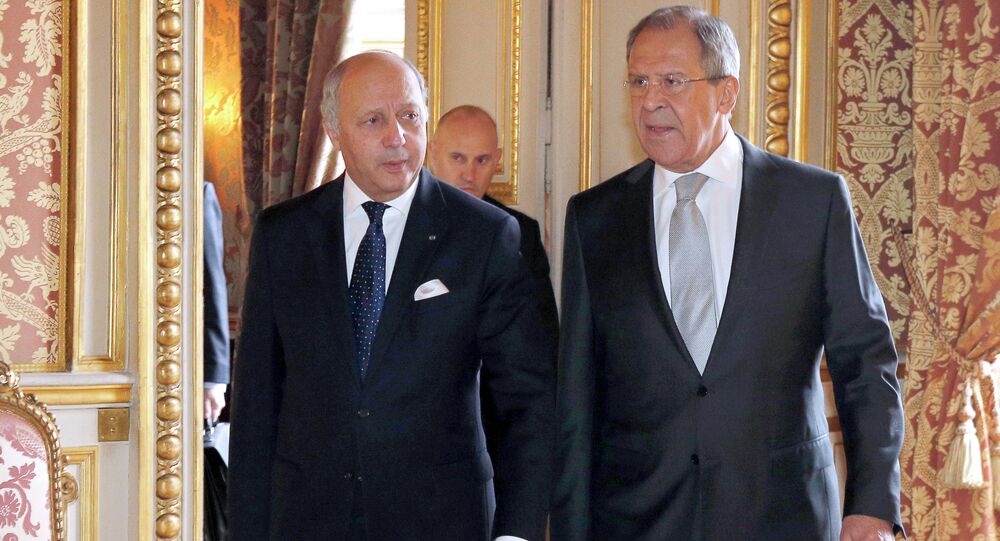 According to the Russian Foreign Ministry, Lavrov and Fabius also underscored the need to intensify efforts aimed at meeting the humanitarian and socio-economic commitments stated in the agreement.

"The parties highlighted a positive shift in the implementation of the military aspects of the February 12, 2015 Minsk agreements, and underscored the need to intensify efforts aimed at meeting the humanitarian and socio-economic commitments stated [in the agreement], as well as implementation of political reforms," the statement published on the ministry’s website reads.

© Sputnik / Sergey Guneev
UN Stays Focused on Minsk Agreements, Humanitarian Aid Delivery to Ukraine
On February 12, the leaders of Russia, Ukraine, Germany and France agreed on a set of measures aimed at stopping the military confrontation between Kiev forces and independence supporters in eastern Ukraine.

The measures, among other points, stipulated a ceasefire that came into force in eastern Ukraine on February 15. An "all-for-all" prisoner exchange and constitutional reforms were also among the 13 points of the Minsk agreements.