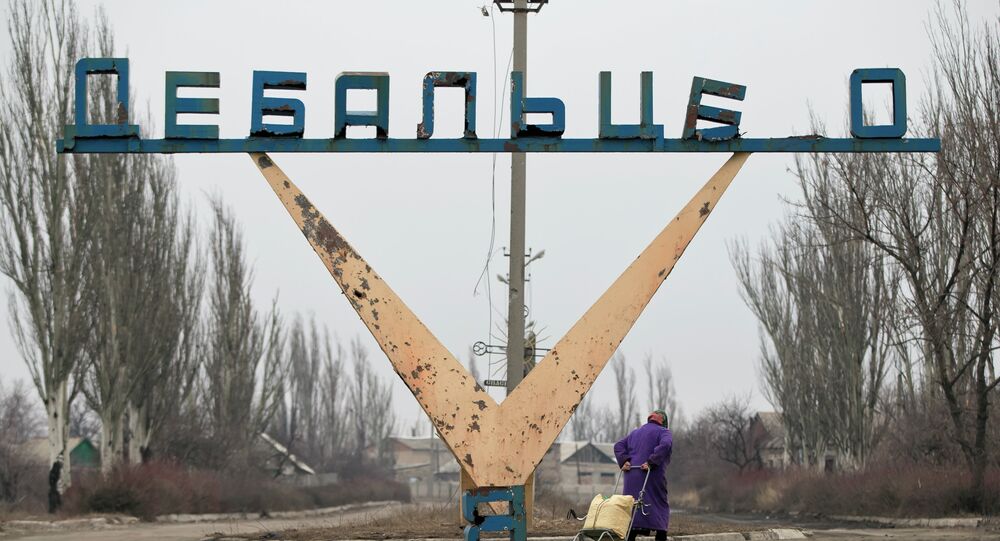 The head of the self-proclaimed Donetsk People's Republic says that the Ukrainian army has mined the territory of the recently contested city of Debaltseve more heavily than the German army did in the Second World War.

© AFP 2020 / DOMINIQUE FAGET
Donetsk and Luhansk Denounce Kiev for Sabotaging Minsk Obligations
Alexander Zakharchenko, the head of the self-proclaimed Donetsk People's Republic, has stated that the Ukrainian army had mined 90 percent of the territory of the city of Debaltseve before being forced out of the contested area, Donetsk News Agency reports.

"The Armed Forces of Ukraine have mined 90 percent of the territory of Debaltseve. It's necessary to carry out demining operations across the entire city. And not just from unexploded ordnance, or abandoned munitions. These are landmines, laid around the depot, the railway, and across stretches of territory, both marked and unmarked," Zakharchenko stated.

"I think that this territory has not seen such a large number of mined areas in any previous war, even in the Second World War," the official noted. "The Germans probably left less mines than the Ukrainian forces have," he added.

In the neighboring self-proclaimed Luhansk People's Republic, sappers in the village of Chernuhino reported Friday that they have removed 1,183 mines and other explosive materials in and around a local poultry farm.

© Sputnik / Sergey Pivovarov
Russia to Send Two Humanitarian Convoys to East Ukraine This Week
In mid-February, the area around the city of Debaltseve (formerly home to 26,000 people), central Donbas, saw heavy fighting between Kiev forces and the DPR militia. Militia forces reported trapping dozens of Ukrainian soldiers in the town, resulting in a mass surrender of over 100 personnel. Kiev has claimed that their forces have conducted an orderly retreat from the area.

In April, 2014, Ukraine's armed forces launched a military operation against eastern Ukrainian territories which were unsatisfied with the political revolution which had resulted in a coup d'état in Kiev in February. Since then, the UN has estimated that over 6,000 people have been killed in the conflict, including civilians who were killed as Kiev forces shelled populated areas. Over a million refugees have left for Russia; hundreds of thousands more have been internally displaced or have attempted to flee to Europe.