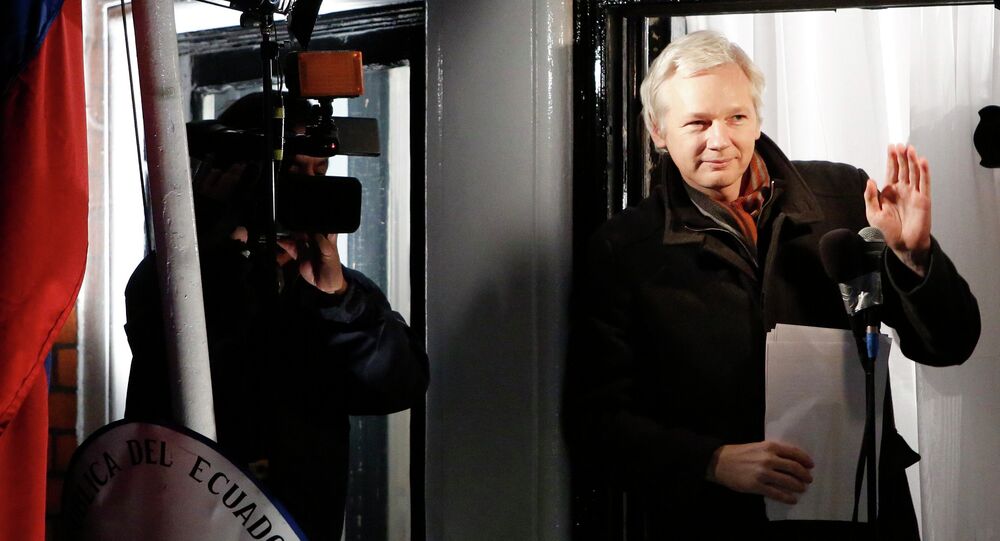 Julian Assange's lawyer told Sputnik the United Kingdom and Ecuador may approve the WikiLeaks founder's interrogation over allegations of sexual misconduct and rape.

"I think everyone is positive about this – the UK is glad and I think Ecuador will approve, and Julian Assange has waited four years to clear his name, so he is happy about it too," Per Samuelson told Sputnik.

The lawyer also noted that Assange will keep his political asylum in Ecuador as long as the United States continues its pre-investigation against him.

© AFP 2020 / JOHN STILLWELL / POOL
Sign of Hope? Swedish Supreme Court Grants Julian Assange Appeal Hearing
Consent from the United Kingdom and Ecuador is an essential precondition for the offer, according to Samuelson.

The lawyer is also puzzled the demand by Swedish chief prosecutor Marianne Ny that Julian Assange submit another DNA sample.

"She [Marianne Ny] wants a new DNA taken, and we don’t really understand why, because he has already left a DNA sample in 2010 which the prosecutor should have access to," Assange’s lawyer Per Samuelson told Sputnik on Friday.

On Friday, the Swedish Prosecution Authority said chief prosecutor Marianne Ny had offered to question Julian Assange in London over allegations of sexual misconduct and rape.

The lawyer said that the next step would be to complete the formalities for the interview, and once the prosecutor understands Assange is innocent, he will be free to travel.

However, the lawyer did not specify Assange’s travel plans.

Assange, an Australian national, has lived inside the Ecuadorian Embassy in London for over two years while awaiting safe passage to South America, where he has been granted asylum.

Assange has been wanted for alleged sexual assault in Sweden since 2010. From Sweden, he risks further extradition to the United States, where he is wanted for the disclosure of secret government documents.

In the United States, Assange could be tried under the US Espionage Act of 1917 following the publication of thousands of classified US government documents online by WikiLeaks.

Assange launched the WikiLeaks website back in 2006 and has since served as its editor-in-chief. WikiLeaks has released thousands of classified documents from countries across the world, most notably the United States.