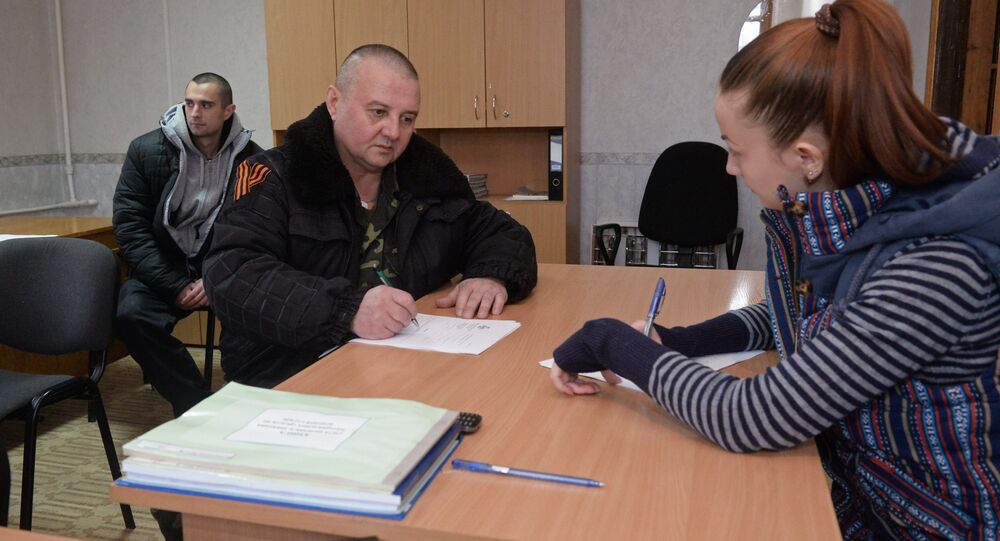 The head of eastern Ukraine's self-proclaimed Donetsk People's Republic has said that up to 200 people are enrolled to the local militias every day as part of the ongoing voluntary mobilization.

© Sputnik / Sergey Pivovarov
Russia to Send Two Humanitarian Convoys to East Ukraine This Week
The head of eastern Ukraine's self-proclaimed Donetsk People's Republic, Alexander Zakharchenko, has said that about 200 people are enlisted daily to the local militias as part of the ongoing voluntary mobilization, according to local sources.

"Every day, we recruit between 100 and 200 volunteers who are enlisted to the military training companies, which interact with regular companies and battalions," Zakharchenko said.

According to him, the Donetsk People's Republic is "ready for any action by Kiev."

He particularly pointed to a high level of distrust toward Ukraine's government and military, which is why he said "the main task is to keep on training."

He said that in the event of hostilities, more than four thousand people are ready to become members of territorial defense units, which are part of the second line of defense of the Donetsk People's Republic.

He added that additional regular infantry battalions will be formed in the republic because the last military campaign showed that it is infantry, not military hardware that wins a war, according to Zakharchenko.

A total of six new regular brigades are set to be formed as a result of the mobilization which began on 9 February as per Zakharchenko's request.

The ceasefire agreement has been in force in eastern Ukraine since February 2015, with the parties to the conflict repeatedly claiming its violation.