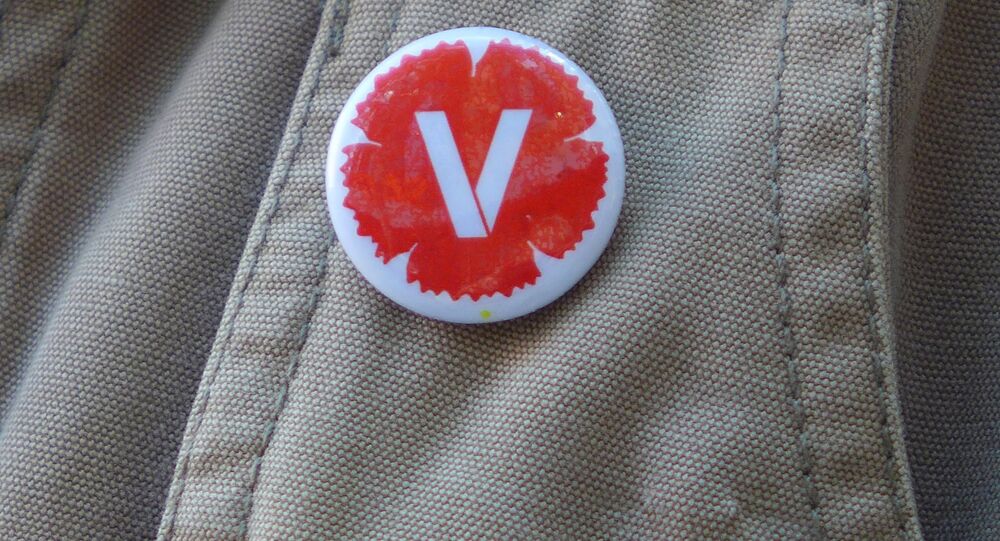 The Swedish Left Party has allegedly provided hundreds of thousands of kroner to independence supporters in eastern Ukraine.

The Left Party, which currently holds 21 seats in the Swedish Parliament, sent at least 219,000 kronor ($25,397) to Borotba ("Struggle"), a left-wing Ukrainian party linked to independence supporters in eastern Ukraine, Swedish media source Aftonbladet revealed. Reportedly, hundreds of thousands of kronor were transferred through the Left Party's aid organization VIF to a private bank account owned by the leader of Borotba's ex-girlfriend.

Borotba, a Ukrainian Marxist party established in 2011 by Viktor Shapinov, is known for its vocal criticism of the Western-backed coup in February 2014 and alleged atrocities of Kiev's military forces and nationalist battalions in the southeastern regions of Ukraine. Allegedly, several of Borotba's activists joined independence supporters fighting against the Ukrainian Armed Forces in eastern Ukraine.

© REUTERS / Valentyn Ogirenko
Kiev, East Ukrainian Forces Need to Be Transparent in Arms Withdrawal
According to the Swedish media source, an ex-girlfriend of Borotba's leader Sergei Kirityuk was told to take the money from her foreign currency bank account and hand it over to Viktor Shapinov, the founder of Borotba.

The Left Party has confirmed that it collaborated with Borotba, but elaborated that it has formally suspended cooperation by December, 2014. The media outlet suggested that the Left Party could have been apparently hoodwinked by Borotba leaders into believing that the money would be used for humanitarian purposes.

Remarkably, the scandal emerged as Sweden's Prime Minister Stefan Lofven vowed to provide the Ukrainian government with a $100 million loan during his visit to Kiev.

It is worth mentioning that the International Monetary Fund (IMF) has recently approved a $17.5 billion loan package for Ukraine. Additionally, the United States announced it would send unarmed drones and armored Humvees to Ukraine's Armed Forces.