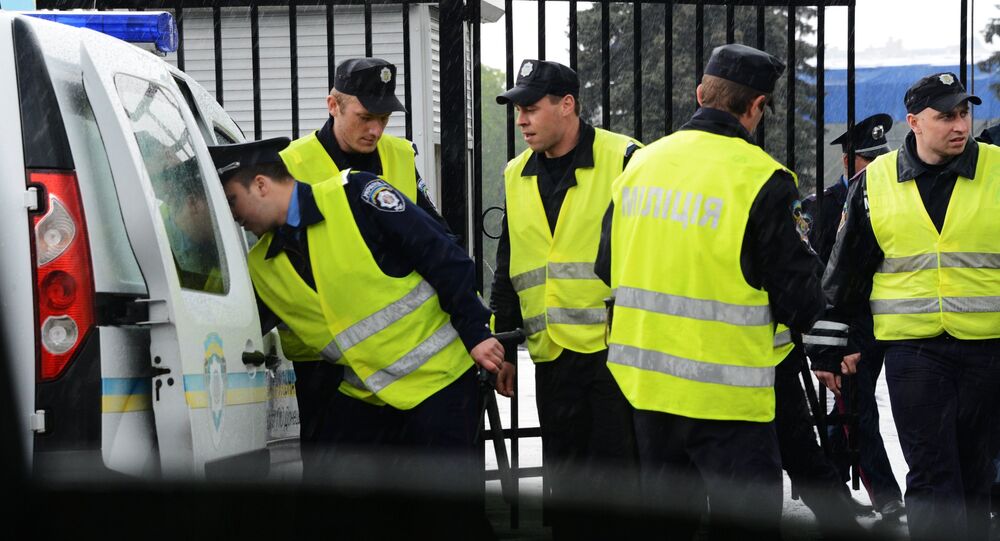 "Events move so quickly that information spreads like lightening, while officials, as a rule, sit in their offices and don't know what's going on around them; as a result, I've decided that every police official at the district level must create a page on Facebook," Troyan noted on his Facebook page.

Troyan noted that he made the decision after reading comments on his own page, which left him with the impression that the complaints received about some officers could lead "not just to their dismissal from service, but to their cases being sent to court." Backtracking, Troyan added that "fortunately, most of these reports were false."

In Troyan's view, the initiative will "help to find out the public's views and to rate the effectiveness of some of their colleagues." The official promised that the Kiev Region Interior Ministry's website would soon have links to the Facebook pages of all of the district's officials.

© AFP 2021 / GENYA SAVILOV / FILE
Kiev Residents Turn Apartments Into Bunkers Amid Rising Crime Rates
Troyan's announcement was met with mixed reactions from Facebook users. A user named Tanya noted that "any openness, transparency and accessibility should be applauded." Another user, Toni, noted that "this is an excellent idea! Let's see how it will work and whether the district chiefs will listen to popular opinion, rather than covering up for their subordinates."

Others were more skeptical. Yevgeni questioned how much time officers would have to devote to the pages, asking "where's the guarantee that the page will be run by the officer, and not by a parrot?" Alexander, meanwhile, says that the problems facing Ukraine's police service are much more serious, and cannot be solved via social media: "What will this give us, if investigators refuse to investigate crimes, despite even the orders of superiors, in [order to pursue] their own personal interests? The heads of the district departments know about this and refuse to do anything, so Facebook here is useless." He added that "the heads of district departments could care less about the opinions of the public…Their main task when they come in in the morning is to hush up reports of crimes and to reclassify them as appeals from citizens and to send them to the archive."

Last month, Ukraine's Security Service noted that investigators would be forced to open criminal cases against people posting anti-mobilization agitation materials on social networking sites. Information about such violations could be determined independently or brought to the service's attention by individuals. The posts could be tried under a penal code article for "obstruction of the lawful activities of the Armed Forces of Ukraine and other military formations in a special period," and subject to up to 8 years in prison.

Ukrainian police have been having a hard time keeping up with burgeoning crime rates following last February's Maidan coup. Growing social unrest and economic chaos have only been compounded by lustration campaigns against officials tied to the pre-Maidan government.