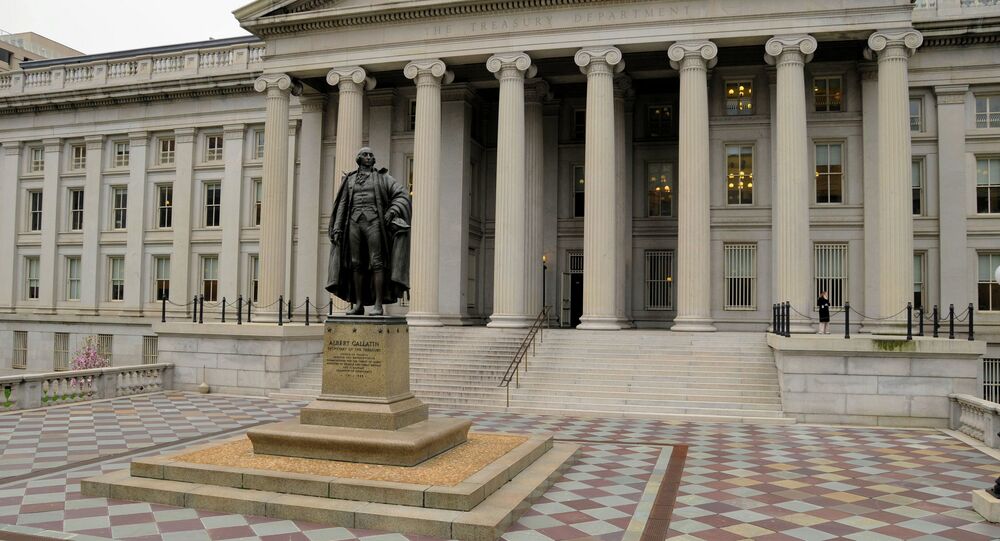 US Democratic Senator Ben Cardin told Sputnik Wednesday that the US government is using unspecified classified information demonstrating Russia's violation of international agreements in Ukraine to justify the Treasury's latest round of sanctions against Moscow.

“Some of the information I have is in a classified setting, so I can’t reveal it, but I am convinced that Russia has been violating the agreements,” Senator Cardin said, referring to US evidence of alleged ceasefire violations used to justify Washington's most recent sanctions against Russia.

While the details of the alleged violations have not been opened to the general public, Cardin asserted that “there has been information made available through the proper channels to Russia.”

“[Russia is] aware of what we base our information on,” he added.

© Sputnik / Petr Zadorozhny
Tweetplomacy: US Rep in Ukraine Spends All Day Bashing Russia on Twitter
Cardin stated that he strongly supports the new sanctions announced by the Treasury on Wednesday against the self-proclaimed Donetsk and Luhansk People's Republics, and against Russia, which has been accused of providing the breakaway eastern Ukrainian regions with support: “Russia’s failure to comply with international agreements certainly warrants additional sanctions,” he said.

On Wednesday, the US Treasury announced a new round of sanctions, aimed at fourteen individuals and two entities in Russia and eastern Ukraine’s breakaway republics. The Treasury stated in their press release that the sanctions were a direct response to alleged violations by "Russian-armed separatists" in the conflict in Debaltseve and Mariupol, two contested cities in the conflict between Kiev and the Donbas republics.

Senator Cardin noted that the White House has taken the approach of “layering sanctions,” warning Russia in recent weeks that the United States would impose further economic measures if the Minsk agreement was not fully implemented.

© AP Photo / Sue Ogrocki
Oops! US Warmonger Busted on Presenting 2008 Photo as 'Evidence of Russian Invasion in Ukraine'
Since the beginning of the conflict in eastern Ukraine last April, Russia has repeatedly denied charges of its involvement in the conflict, asking those who issue such accusations to provide evidence to back up their claims. Russia has pointed out that international observers flying over Russian airspace have not noticed any concentration of Russian military personnel along the Ukrainian border, and has repeatedly noted that if the claims of its involvement were based in reality, Western observers would be able to point to mountains of satellite, photographic and other evidence to back up their claims. Instead, as often happens, Western media reports on alleged Russian intervention regularly use evidence with no actual relation to the conflict, often mislabeling photos and video from conflicts occurring elsewhere (the 2008 war in Georgia being a favorite) and using materials taken far from the conflict zone. Occasionally, media sources are called out for their mistakes by sharp-eyed observers.
...
Reddit
Google+
Blogger
Pinterest
StumbleUpon
Telegram
WhatsApp
710