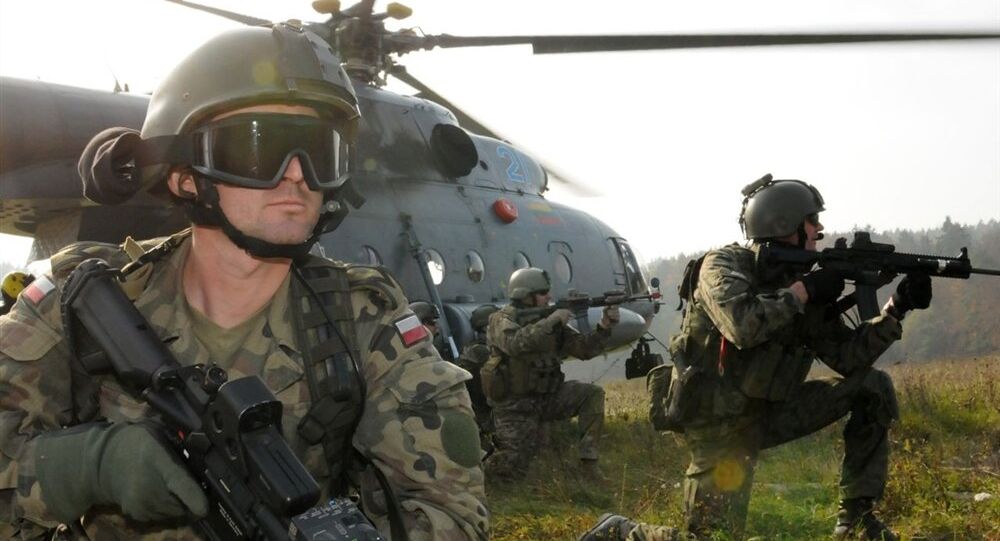 The head of Poland's army told a national television channel that Poland is ready to tackle a military crisis through unclear diplomatic intentions and "signals" on its borders.

"We treat our neighbors in such a way that we do not wish to tell about the irreconcilability of our interests, nor how who is our ally and who is our opponent."

Gocul stated that Russia has not increased its military presence in the Kaliningrad region, which borders Poland, but that together with Poland's borders with Ukraine, Belarus, and even the Baltic Sea it is a cause of concern. According to Gocul, a NATO monitoring plane would give "signals" of increasing Russian military activity.

© AP Photo / Maya Alleruzzo
What’s the Catch? Poland Gets 'Free' US Armored Military Vehicles
Following Crimea's reunification with Russia in March 2014 and the start of an internal armed conflict in Ukraine’s southeast in April, NATO has been boosting its military presence near Russia’s borders, including Poland and the Baltic states.

On February 5, NATO defense ministers agreed to set up a new high-readiness force dubbed Spearhead Force as part of the NATO Response Force. Altogether, the enhanced Response Force will be increased and count up to around 30,000 troops.