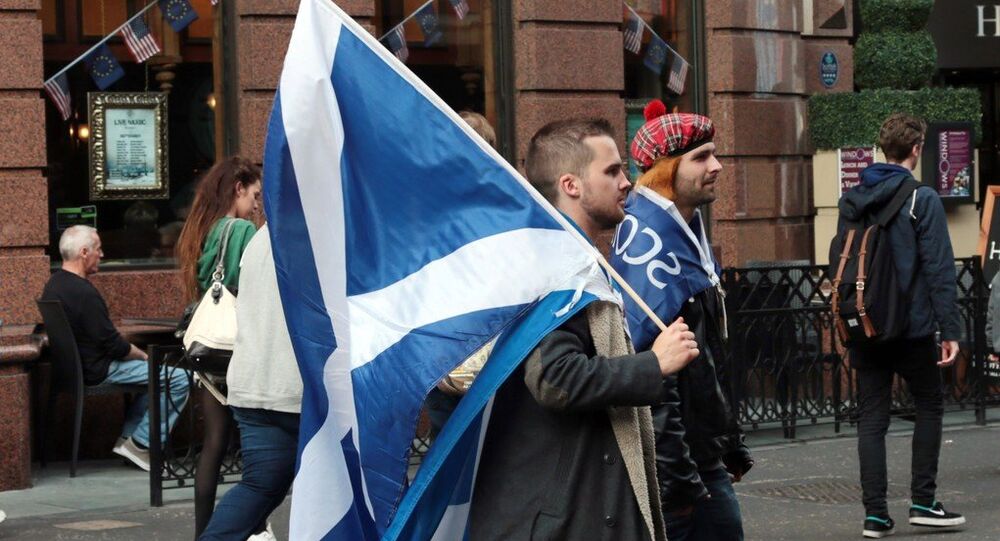 Former leader of the Scottish National Party Gordon Wilson said that Scotland should declare independence if the UK would vote in favor of leaving the European Union.

© Flickr / European Parliament
Doomed From the Start: Unviable EU is 'Fundamentally Flawed'
EDINBURGH (Sputnik) – Scotland should declare independence from Britain, should it vote to leave the European Union in a referendum under the potential next UK government, a former leader of the Scottish National Party (SNP) that now runs the Scottish Government said Tuesday.

"If the Tories [Conservative party] win, as is feasible, then the UK will be faced with an in-out referendum on the EU… If that vote is to leave the EU, then provided the SNP has campaigned for a mandate, the Scottish Government will have a democratic majority to retain membership the EU through a declaration of independence," Gordon Wilson said in a statement.

Wilson added that economic arguments would be in favor of Scotland staying with Europe, rather than "going over the economic cliff with London."

© Flickr / Grey Hargreaves
Scotland Gains Independence... Online
Wilson, who Tuesday launched a "Strategic Review" of the pro-Scottish independence movement, added that the campaign to secure a "Yes" vote in last September's independence referendum had been too "timid."

Scottish voters opted to remain part of the United Kingdom by a majority of 55 percent to 45 percent in a referendum held last September.

Since that result, the SNP, which backed independence for Scotland and which controls the Scottish Government and a majority in the Scottish Parliament, has seen a significant rise in its popularity.

Widespread speculation of another UK hung parliament following the next UK General Election to be held on May 7 has led to some senior politicians warning that the SNP could be on course to become the third largest political party in Britain, despite only running candidates in Scotland.