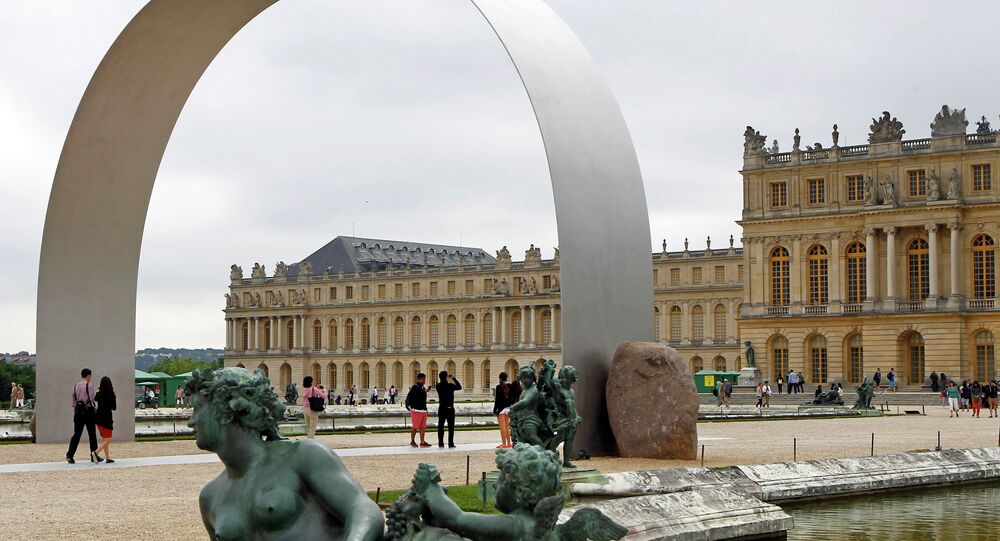 Couple Arrested in France for Flying Drone Over Versailles Palace

A man and a woman, both aged 48, were detained late on Sunday for flying a drone over the royal Palace of Versailles near Paris. The drone was seized by police.

© AFP 2020 / ALAIN JOCARD
Unidentified Drone Flies Over Military Base Near Paris
The couple stated that they only wanted to take photographs of the world-famous palace at night, during police questioning.

Small civilian drones are banned from French urban areas and nuclear facilities, which are protected by a no-fly zone.

In recent months, Paris police reportedly stated that an array of unidentified drones had been flying over the French capital. The vehicles were spotted near the US embassy building, which is located on the same street as the French president's palace, the Eiffel Tower and the Place de la Concorde.

Earlier this month, police arrested four German journalists for attempting to launch a drone in Paris. The incident came days after three Al Jazeera journalists were detained for allegedly flying an unmanned vehicle.