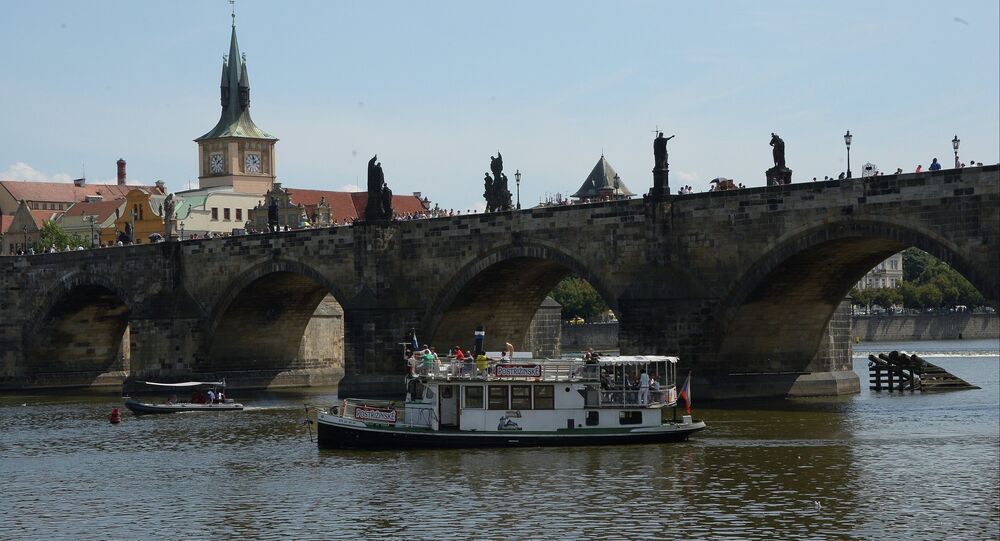 Prague Rally: We Do Not Want War With Russia

More than a thousand people rallied in the Czech capital on Saturday to denounce the Western sanctions against Russia, which they believe painfully backfired against Europeans themselves.

© Flickr / Bret Arnett
Prague Interested in Deeper Ties With Moscow, Obliged to Follow EU Rules
The protesters featured, among others, Marek Obrtel, a former military doctor who participated in peacekeeping missions in Kosovo and Afghanistan and who asked the Czech Defense Ministry to take back his NATO medals, calling the North Atlantic alliance a "criminal organization" with "atrocious interests, and deputy parliamentary speaker Vojtěch Filip.

They both favor friendly ties with Russia, and call for a political solution to the conflict in Ukraine.

“I believe we should have prevented the situation in Ukraine coming to blows because this conflict makes no sense at all… That’s why I decided to write that open letter. I realized that some people were so keen on making this conflict happen, and they are now pushing for a military solution… I believe that peace still has a chance, but the proponents of a military option want to strengthen the hand of just one side in that conflict,” Marek Obrtel said.

Vojtěch Filip fully concurred, saying that “there are forces out there determined that democracy can be imposed by force.”

“It’s my firm conviction that in the 21st century this is absolutely not an option… Well, I’m speaking for myself, of course, but I believe that I am not the only one around who thinks so… It vital for the people advocating a military solution to the conflict to realize that history always repeats itself – either as a tragedy or a farce,” Vojtěch Filip emphasized.