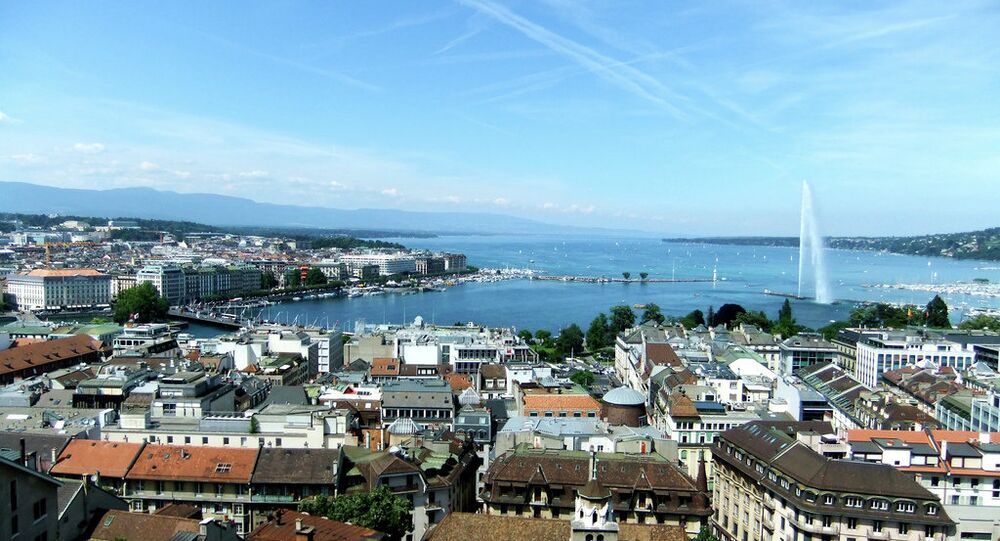 Switzerland to Hold Vote on Taxes on March 8

About 5.2 million Swiss citizens will decide on making child education benefits tax deductible and a new tax on energy consumption.

© AFP 2021 / ROBERTO SCHMIDT / FILES
Swiss Mining Company Glencore to Cut Coal Production in Australia Over Weak Global Demand
MOSCOW (Sputnik) — Voters in Switzerland will decide on the issues of making child education benefits tax deductible, and scrapping value-added tax by replacing it with a new tax on energy consumption in a referendum on Sunday, March 8.

About 5.2 million Swiss citizens are eligible to take part in the vote on Sunday.

According to the swissinfo.ch portal, three weeks before the Sunday referendum, 50 percent of the voters were against the proposed initiative, while 10 percent were undecided.

March 8 referendum is the first in a series of up to three nationwide votes in 2015 on a broad range of issues concerning communities across Switzerland.

© REUTERS / Thomas Hodel
Switzerland Should Hold Referendum on Relations With EU, Minister Says
In 2014, the Swiss public voted in 12 referendums on a range of issues, including adopting primary health care, banning convicted pedophiles from working with children and anti-immigration.

The most significant of last year's public ballot was held on the issue of boosting the country's gold holdings on November 30, with nearly 80 percent of the population rejecting the initiative.