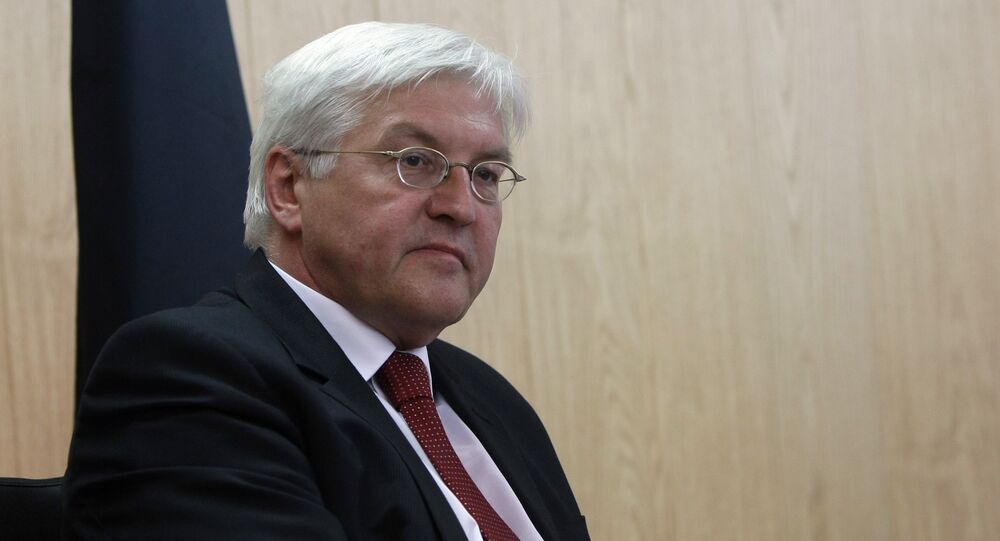 Information obtained by European sources about the situation in eastern Ukraine somewhat differs from statements coming from NATO and US representatives, German Foreign Minister Frank-Walter Steinmeier told the media after an informal meeting of top EU diplomats in the Latvian capital Riga.

© AP Photo / Petros Giannakouris
Germany Against Permanent Separation of Russia From EU – Steinmeier
“The statements [on the situation in Ukraine] made by our sources do not fully coincide with the statements made by NATO and the American side,” the German top diplomat said.

© Flickr / U.S. Army Europe Images
US Companies Sell Arms to Ukraine to Solve Financial Problems – Official
The publication quotes General Philip Breedlove, the NATO supreme allied commander and head of the US European Command, as saying late last month that the situation in Ukraine was ”getting worse every day”.

Der Spiegel continued that “once again the federal government, acting on information provided by federal intelligence,” disagreed with General Breedlove.

During his media briefing in Riga, Frank-Walter Steinmeier underscored a German desire to discuss the matter in every detail in Paris with his American counterpart John Kerry and also during his upcoming visit to Washington to rule out any further “misinterpretations.”