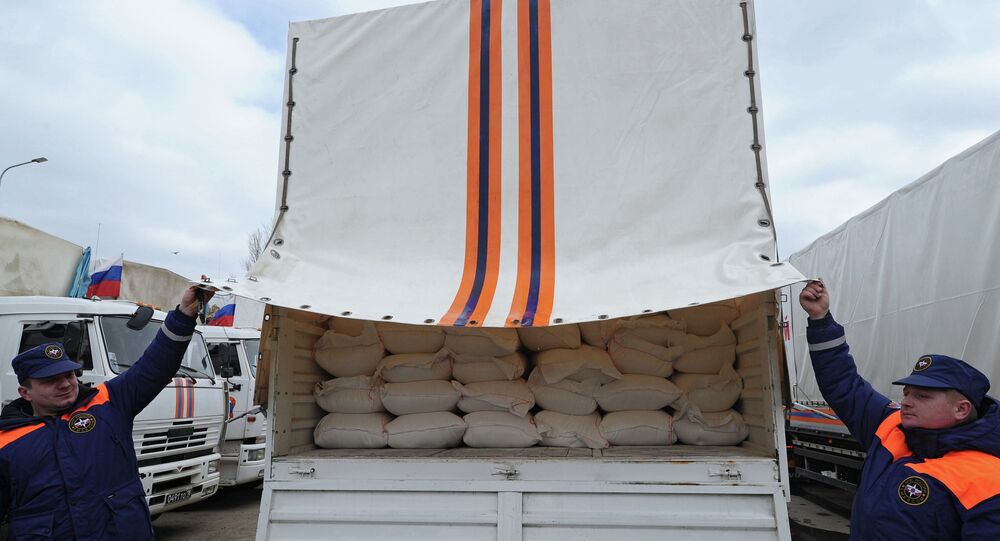 Russia has sent numerous convoys carrying humanitarian aid to Ukraine's Donbas region, which is on the verge of a humanitarian catastrophe following months of fierce fighting.

Future aid deliveries should be conducted alongside the International Red Cross, the Quartet agreed, according to Kasarin.

Friday's meeting in the Normandy format, one of the several formats in which Ukraine peace talks have been conducted, took place in Germany’s capital, Berlin.

The Normandy Quartet was established last summer, when Ukrainian, Russian, German and French leaders met to discuss the Ukraine crisis on the sidelines of D-Day commemorations in Normandy, France.

In mid-February, the four leaders met again in a bid to find a solution to Ukraine’s internal conflict. The talks followed weeks of renewed clashes between Kiev-led forces and eastern Ukrainian militia, despite a September ceasefire deal.

During the Quartet’s summit, conducted simultaneously with a meeting of the Trilateral Contact Group on Ukraine, the warring sides agreed to a new and urgent ceasefire deal.