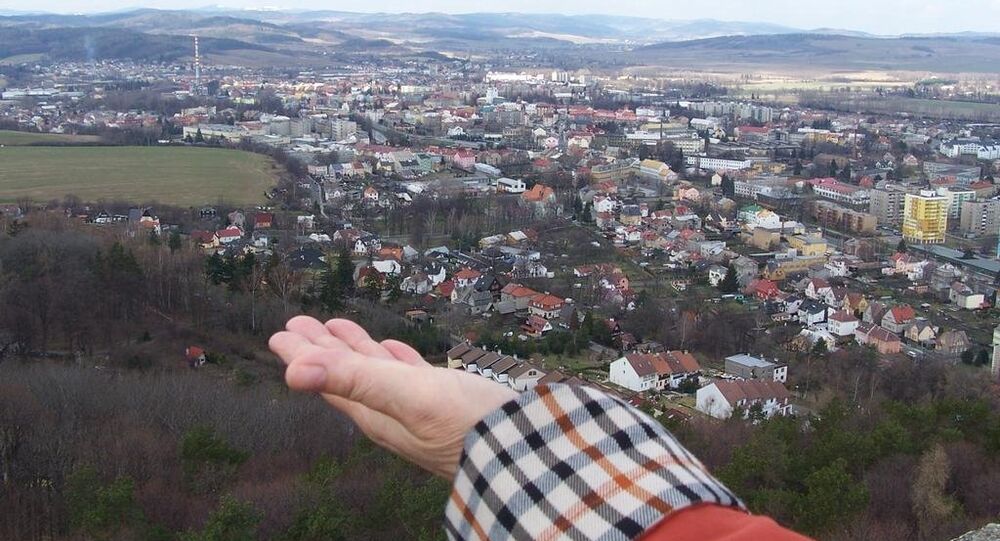 A border dispute dating back to the 1950s could be settled when the Czech Republic hands over 368 hectares of land to its neighbor Poland, despite opposition from local residents.

© Sputnik / Mikhail Voskresenskiy
Europe Does Almost Nothing to Prevent Collapse of Ukraine – Czech FM
The Czech Republic is planning on returning 368 hectares (1.42 square miles) of land to Poland, in order to solve a territorial dispute dating from the 1950s when the leadership of the Soviet Union made adjustments to the border between the two countries.

"The Poles have a territorial claim that we acknowledge," confirmed Czech Interior Minister Milan Chovanec, whose government had initially made an offer of financial compensation to Poland, which the latter rejected. The Czech government is now waiting for their Polish counterparts to examine the land being offered in the deal.

"After we finish the analysis, we will turn again to the Czech authorities. The basic condition naturally was that each of the plots must be adjacent to Polish territory," a representative from the Polish Embassy explained.

Although the exact location of the land has not been disclosed, it is has been speculated that some of the territory in question is located in the regions of Krnov and Vidnava, north Moravia, and the Frydland region in north Bohemia.

The current reports are not the first to surface about such a plan; in 2008 the Czech Interior Ministry announced it has been tasked by the government "to select several hundred hectares of territory that would be returned to Poland," after the latter lost territory in the 1950s "when the Soviet Union ordered the Czechoslovak – Polish border to be straightened up so that it would be easier to patrol,” explained the Interior Ministry.

The plan to return land to Poland has however met with opposition from some local people; a representative of residents from the village of Bila Voda, which lies close to the Polish border at Zloty Stok, told Sputnik's Czech language news website that although the Czechs do not object in principle to returning land to Poland, locals in the village are unhappy with the scale of the proposed changes to their territory, and the methods of the Czech government in carrying out the transfer of land.

"In the 1950s, there was an agreement, that we would return these lands," Miroslav Kocian told Sputnik. "But half a century passed, neither Czechoslovakia nor the Czech Republic put forward anything concrete. And then, suddenly, the handing over of land! We, the residents of Bila Voda, agreed to hand over to Poland about two hectares, and we think we've done our bit. But our colleagues in other villages along the border flatly refused the requests from the government. And then the government returns to us, asking for more land to give back."

© AFP 2021 / PAP/PAWEL SUPERNAK
Polish Deputy PM Frustrated With Ukraine's Elite, Fears Economic Collapse
"Formally, this is government land. But we residents simply can't give the lands back, because the sources of our drinking water are located there," said Kocian, before complaining about the tactics employed by the government to carry out the border change. "When the authorities ran into difficulties, they started to act using guerrilla methods, approving the handover of land in a regime of secrecy."

Kocian further explained that the land which the villagers had previously agreed to hand over was not in use, but that other areas which the government now wants to hand back are located close to settlements and are actively used by farmers, who have leased tracts of territory and in one case, even received a grant from the European Union for development of the land.

Additionally, says Kocian, the building of housing developments is already underway in the village of Mikulovice, in Javornik the areas are used for sport and recreation, and sewage works and water supply are located in Vidnava, all of which will have to be compensated.

"One way of another, this story will turn out to cost the two countries a lot of money," warned Kocian. "They'll have to pay to demarcate the borders again, issue new maps, new land surveys…The money, that will be spent, won't in any way be compensated by Poland getting  a few square kilometers of what is currently Czech land."

US-Led EU Could Spell the End of Europe – Czech Politician