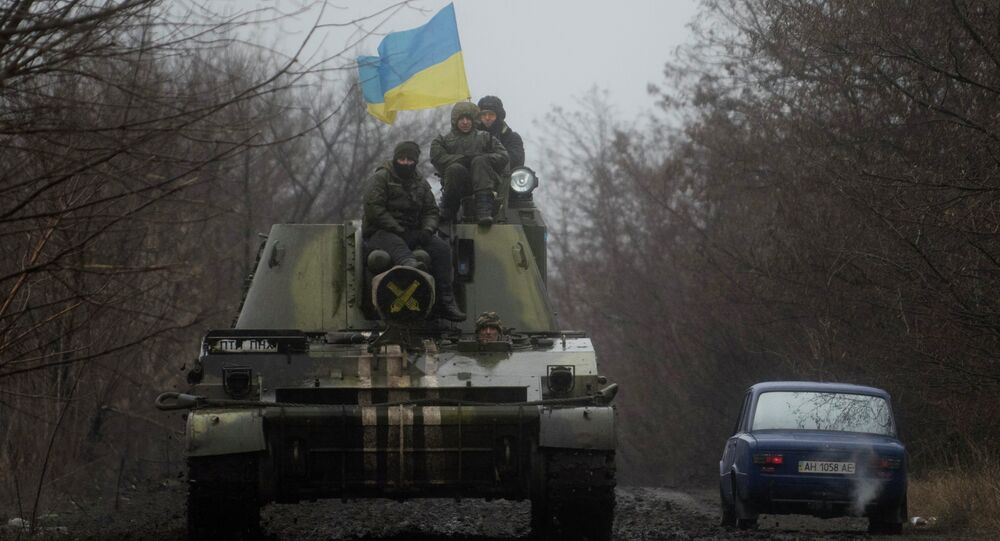 “At 11:15 [Moscow time, 08:00 GMT] Donetsk army positions came under fire. This is how the Ukrainian side complies with the obligations it had undertaken, namely on ceasefire and heavy weaponry withdrawal,” Basurin told reporters.

Basurin also said that there was little optimism about Kiev’s heavy weaponry withdrawal from the frontlines, referring to reconnaissance information from the self-proclaimed Donetsk People’s Republic (DPR).

“Information coming from our reconnaissance on the situation near the frontlines from the Ukrainian side does not give us the feeling of optimism in regard to Kiev’s rapid implementation of this point in the Minsk agreements,” the deputy commander said, adding that under the guise of withdrawing heavy artillery, “the Ukrainian side is holding a covert rotation.”

What do you think is the most important event of the week?
Voted: 984
All polls
On Wednesday, the Ukrainian military said that it had begun the second stage of its heavy weapons withdrawal. Independence militias claim they completed the process on Sunday, thus meeting the deadline imposed by the Minsk deal.

The Minsk peace accord, hammered out by leaders of France, Russia, Germany and Ukraine on February 12, outlines steps toward reconciliation in war-torn eastern Ukraine. Specifically, the main points of the deal include the implementation of a ceasefire by both sides, in force from February 15. The warring parties were also both given two weeks to pull their artillery out of striking distance under the new ceasefire deal.

DPR in Talks With Kiev on Returning Bodies of Dead Soldiers