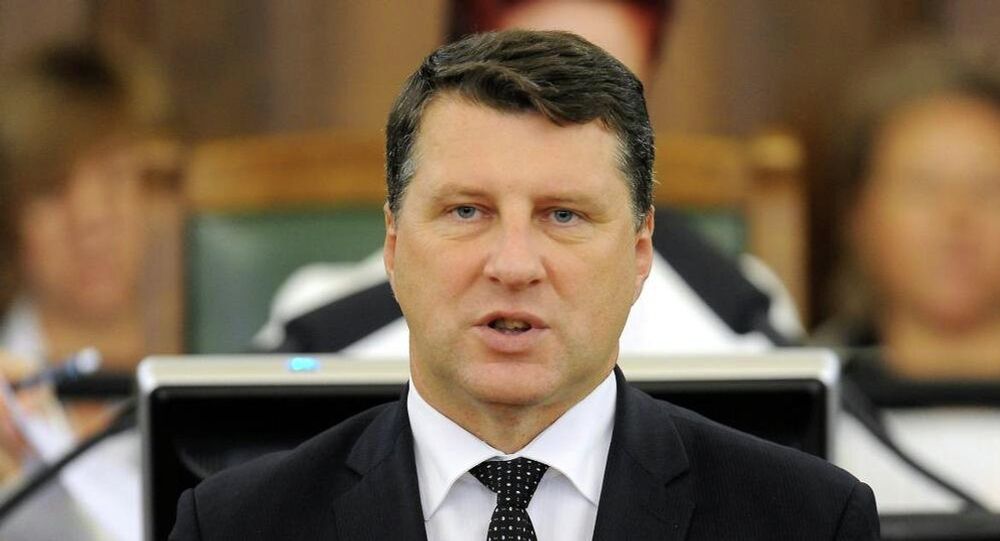 Latvia's Defense Minister Raimonds Vejonis has said that he believes Russia to be Latvia's foe rather than a friend.

"Regrettably, the situation in Ukraine shows that Russia has decided to be our enemy, not a partner," Vejonis tweeted on Friday.

Situation in Ukraine shows us unfortunatly that Russia has chosen to be our foe not the partner.

The remarks came several weeks after Vejonis said that Russia is currently not a threat to the Baltic states , but could possibly use conventional or hybrid warfare  against other countries.

Relations between Russia and the West have deteriorated over the situation in Ukraine.

Moscow has repeatedly denied its involvement in the developments in eastern Ukraine, saying that it does not supply arms to local militias.

© AP Photo / Felipe Dana
Latvia’s Former Leader Supports Talks Between Putin, Indian PM on Ukraine
Additionally, Moscow says that that it is not a party to the Ukrainian conflict and that it is interested in Ukraine resolving its political and economic crisis.

As for Latvia, it has been a member of NATO and EU since 2004, and adopted the euro as its currency in 2014. Latvia is part of Europe's Schengen Area (a border-free zone encompassing most of the EU), and currently holds the EU's rotating presidency.

Some Latvian politicians recently called for increasing NATO's presence in their country due to the events in Ukraine.

In April 2014, about 150 American troops arrived in Latvia amid increased patrolling of the Baltic nations' air space by NATO fighter jets.

Ethnic Russians constitute a sizable minority in the republic, fueling Russophobia among the country's nationalists. Nearly one in four people living in Latvia is ethnically Russian, according to the country's 2014 census.