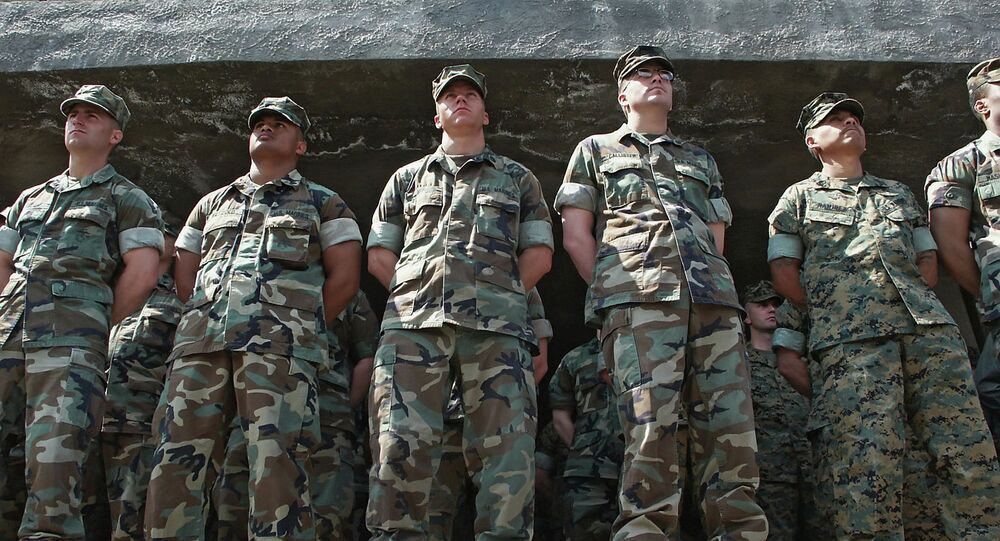 The US previously announced that they were planning on sending at least 300 military personnel to train Ukrainian soldiers. The American personnel will be stationed at the Yavoriv International Peacekeeping and Security Center (IPSC).

The 300 US Army military personnel deployed to Ukraine to conduct a joint training mission with the Ukrainian army at a peacekeeping center near Lviv from March 5 until October 21 have already arrived, Russian Ministry of Foreign Affairs representative Aleksandr Lukashevich announced on Thursday.

"American servicemen have already been transferred to Lviv region to train Ukrainian soldiers."

© AP Photo
US Plans to Send 300 Military Personnel to Train Ukrainian Soldiers
The United States has been providing Kiev with economic and non-lethal military support since the beginning of a military operation against independence fighters in Ukraine's eastern regions of Donetsk and Luhansk last April.

Lukashevich added that even though the situation in eastern Ukraine is stabilizing thanks to the Minsk ceasefire agreement, the United States is still discussing delivering weapons to Kiev.

"The continual flow of reports that the United States will begin mass deliveries of weaponry to Ukraine, calls forth serious concern. A special law is even being developed in the [US] Congress that would provide $1 billion for equipping and training Ukrainian troops as if Washington is preparing to take them under their full maintenance."

What do you think is the most important event of the week?
Voted: 984
All polls
On Monday, the US government revealed it would send some 300 military personnel to Ukraine for a joint training mission at a peacekeeping center near Lviv. The mission is expected to end in October.

Washington has been providing Kiev with economic and non-lethal military support since the standoff in eastern Ukraine began last April.

Last December, US Congress passed a $350-million package to arm Kiev, authorizing supplies of weapons, military equipment and training in the three coming years. However, the bill has not been enacted by US President Barack Obama.