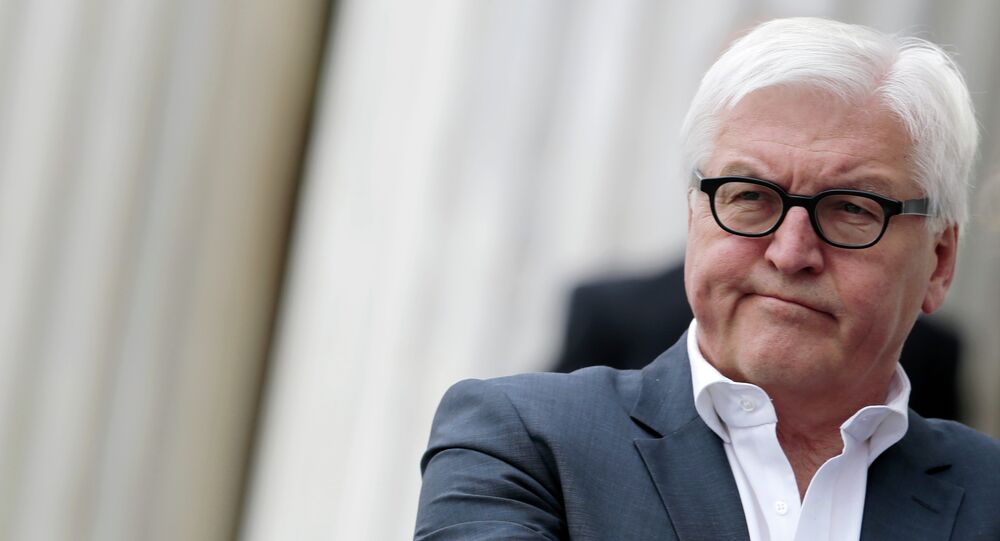 In an interview for a German newspaper published Thursday, the German Foreign Minister defended sanctions against Russia and economic assistance to Ukraine, but noted that negotiations with Russia must continue in the aim of finding a political solution to the conflict in Ukraine.

© Fotobank.ru/Getty Images / Andrew Burton
German Good Samaritan Collects Over 800kg of Humanitarian Aid for Donbas
German Foreign Minister Frank-Walter Steinmeier called for negotiations with Russia to continue, despite differences in the positions of the two nations over the conflict in Ukraine.

In an interview for the Thursday edition of the German newspaper Handelsblatt, the German Foreign Minister noted that he is "against a permanent separation between Europe and Russia." He noted that "even if the political solution to the conflict takes many years, or even decades, to find, we must do everything in our power to resolve it."

Steinmeier defended Germany's sanctions policy against Russia over Ukraine, but noted that sanctions are aimed at increasing the chances of negotiations, not to at "overwhelming" Russia. At the same time, he noted that he shares the concerns of German companies who have suffered losses due to sanctions policy. The minister voiced his hopes that sanctions would help to make Russia more likely to negotiate.

© AP Photo / Chairman of the Joint Chiefs
US ‘Obsessed’ With Providing Arms to Ukraine - US Senator
Regarding economic assistance to Ukraine, Steinmeier noted that the real demands for financial assistance by Kiev are "scarcely possible to estimate," and that the German government does not have a fixed estimate of need on the basis of which further calculations can be made. He explained that Germany has agreed to offer Kiev 500 million Euros worth of credit, in addition to the support already offered via the IMF. "We can be satisfied that Kiev greatly appreciates our contribution," the minister concluded.
...
Reddit
Google+
Blogger
Pinterest
StumbleUpon
Telegram
WhatsApp
145

US, Germany to Carry Observation Flight Over Russia