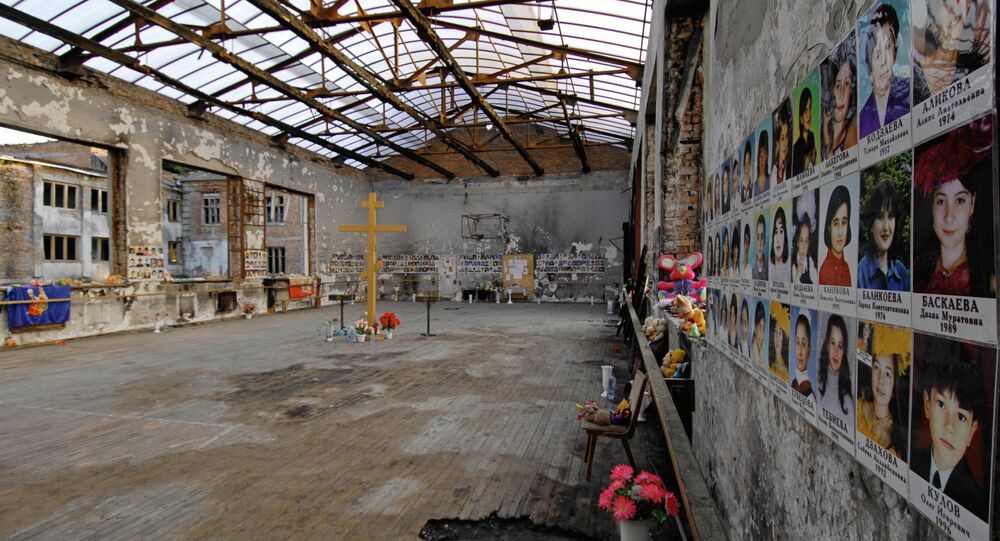 Authorities in the Italian city of Campo San Martino decided to give the name of 'Beslan's Children' to new street in order to commemorate the victims who died in the Beslan School Siege in 2004.

ROME (Sputnik) — Authorities in the Italian city of Campo San Martino, which is situated in the north of the country, have decided to name one of its new streets in memory of the children who died in the Beslan School Siege in 2004.

Armed separatists seized the school in Russia's North Ossetia Republic on September 1, 2004, the first day of the academic year, taking 1,200 people, most of them children, hostage. The siege that lasted for three days claimed the lives of 334 people, including 186 children.

© RIA Novosti . Evgeny Biyatov
Beslan School Massacre: 10 Years After
6
"By giving the main street of a new district the name 'Beslan's Children,' we decided to commemorate the victims of one of the most violent crimes committed in Europe in the past years. It is not without reason that Beslan is called the 'City of Angels.' Those innocent children who lost their lives should not be forgotten," Luciano Sandona, vice-mayor of Campo San Martino told RIA Novosti on Wednesday.

Sandona added that by commemorating the Beslan School Siege, his administration wanted to recall the deep ties between Russia and Italy. "By ties I mean not only economic cooperation which has been forging for ages, but also the endorsement of common moral and Christian values which Russia pursues and defends," Sandona said.

The official opening ceremony will take place on March 14 and will be attended by well-known politicians, public figures and journalists.

In January, a square in another Italian city of Ceriano Laghetto in the northern province of Lombardy was renamed "Martyrs of Odessa" in memory of those killed during two separate incidents in the Ukrainian city. In particular, the massacre of Jews in October 1941 and the deadly clashes that happened last May.

Alpha Unit Beslan Veteran: ‘We Shielded Hostages With Our Bodies’