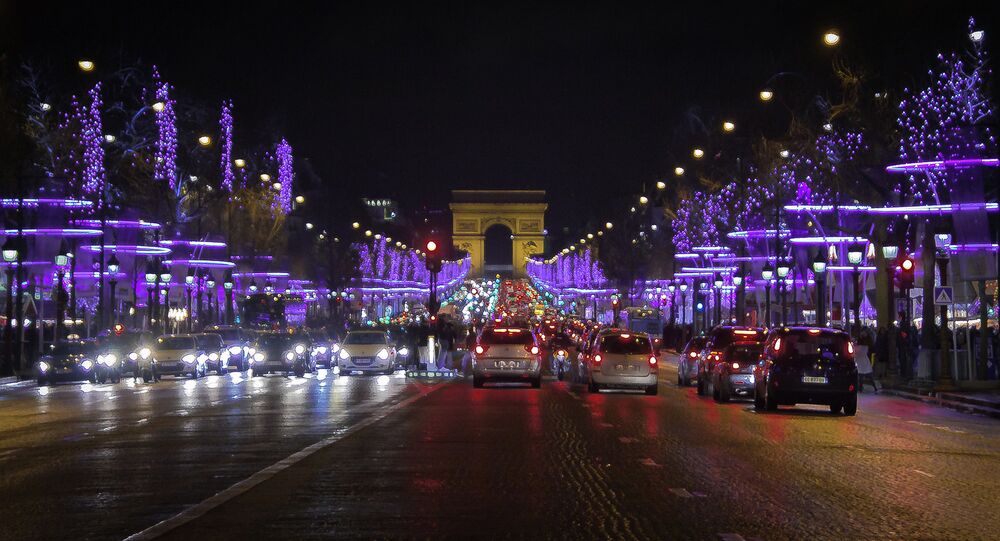 On Wednesday morning, Parisians awoke to news that there were even more mysterious drone night flights over the city. After a failed car chase to identify the pilots, authorities are still at a loss as to who’s responsible, and why.

French authorities received reports of 12 drone sightings late Tuesday night, according to Le Monde. Like other sightings in past months, last night’s UAVs were spotted over one of the French capital’s key landmarks, the Eiffel Tower. Drones were also reported hovering around three of the famed gates of old Paris. The Vincennes, Charenton, and Bagnolet gates are all located in the city’s east.

Le Parisien also reported that another device was seen flying near the Palace of Versailles, in the capital’s outskirts.

According to French news channel BFM-TV, police spotted one of the devices while on patrol near the city’s edge. They pursued the machine from the ground, but became tangled in traffic.

According to the report, the UAV was recovered by four men who sped away in a black car.

Authorities have made no arrests.

“We need to be very vigilant on this, we’re going to have to be extremely careful,” government spokesman Stephane Le Foll told France Info radio. “the day that we find the people who are doing this, there will be penalties…We will find them, sooner or later.”

Indeed, French authorities thought they had found their man last week, when police arrested three Al-Jazeera journalists for flying a drone in the Bois de Boulogne woods, in western Paris. Flying devices without a license in France is illegal, and one of the journalists, Tristan Redman, was fined $1,120. Al-Jazeera insisted their broadcasters were filming a report on the drone scares, and all three journalists have been released. Authorities have no reason to believe they are connected with any of the other sightings.

Many Parisians remain alert to suspicious activity after the attack on satirical magazine Charlie Hebdo in January. The drone sightings have occurred on various occasions since late last year, including two subsequent nights last week. UAVs were spotted near the Place de la Concorde, the Louvre, and the US Embassy, prompting security concerns.

Many have also been seen over nuclear power plants, though these have been largely attributed to environmental activists.

According to USA Today, Interior Minister Bernard Cazeneuve also provided an official tally on Tuesday. Since October 5, 60 unidentified UAVs have been spotted in France, most in the tightly controlled airspace of the capital.