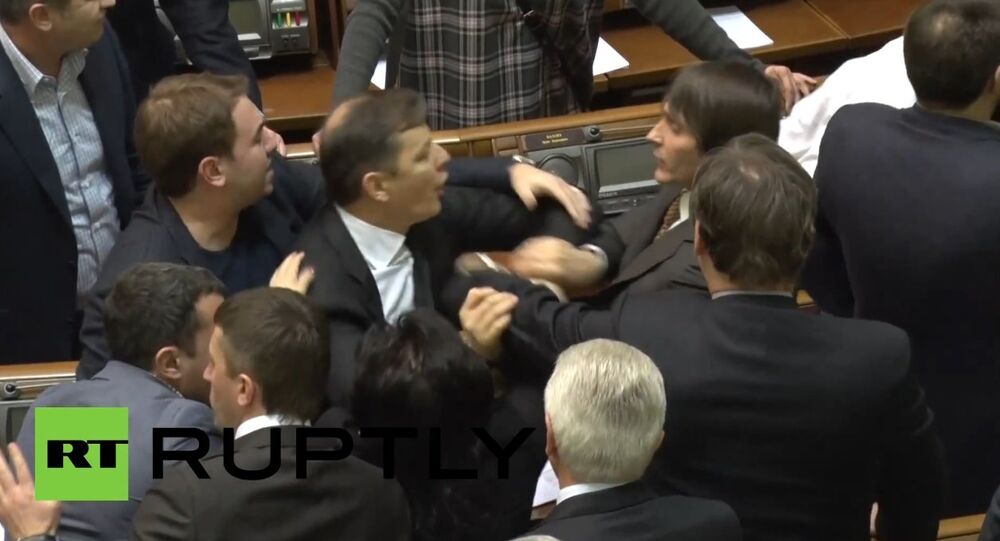 "If you want to sort things out physically, I am ready to install a boxing ring on the third floor," Groisman said, speaking at a plenary session of parliament. The Speaker added that sanctions against those who start fight would include being banned from the parliament floor for 15 plenary meetings.

Groisman added that he was also looking into banning deputies from jumping from fraction to fraction, which is believed to have caused yesterday's brawl between Radical Party leader Oleg Lyashko and former party member and Aidar Battalion commander Sergei Melnichuk. The fight paralyzed the work of the body for the rest of the day. It is not yet clear whether either of them will be sanctioned for their ungentlemanly behavior.

"Today I will introduce the bill to amend the regulations of the Verkhovna Rada," Groisman noted. "Tomorrow we will vote on it and once and for all make this 'migration' illegal."