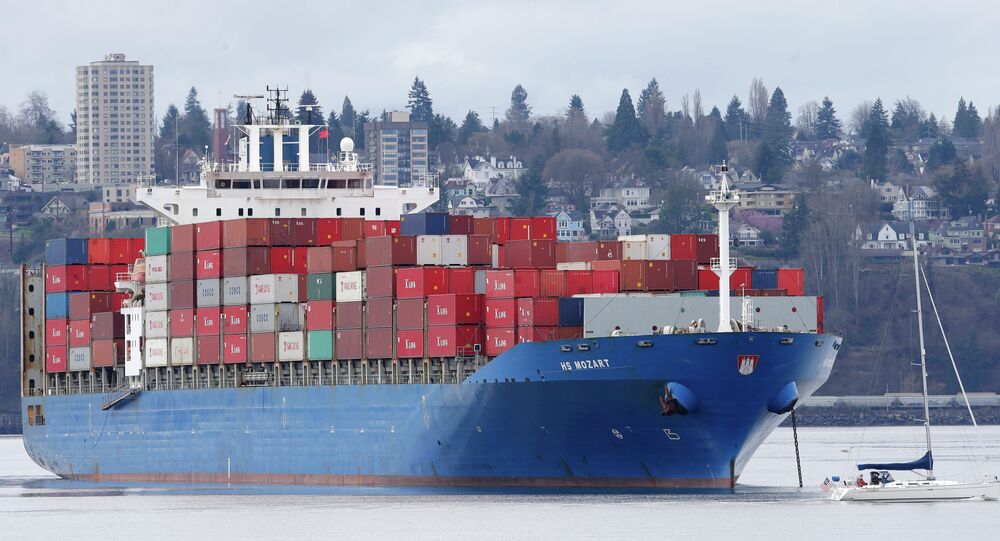 Just Business: US Grows Russia Trade While Urging EU to Back Off

The head of the Russian State Duma's Foreign Affairs Committee, Aleksey Pushkov announced that the United States is "making money" by increasing trade with Russia while telling Europe to stop doing business with the country.

The State Department is pressuring EU countries to stop doing business with Russia, yet Russia's trade with the US grew by 7 percent in 2014, Pushkov tweeted.

"US State Department: 'This is not the time for business with Russia.' How is it that in 2014 trade between the US and Russia grew by 7 percent? They are pressuring the EU, but making money themselves."

Pushkov was referring to a statement by US State Department spokeswoman Marie Harf, who urged European countries not to do business with Russia on Monday, following agreements made between Russia and Cyprus last week.

© AFP 2020 / Brendan SMIALOWSKI
US Urges EU to Refrain From Business With Moscow Amid Russia-Cyprus Deals
During the visit, Cyprus President Nicos Anastasiades announced that all European Union (EU) member states without exception have experienced the negative effect of Western sanctions against Russia.

Russian-Western relations have deteriorated because of the situation in Ukraine. Last summer, the European Union and the United States imposed sanctions on entire sectors of the Russian economy, accusing Moscow of fueling the fighting in Ukraine. Russia, in response, has banned certain food imports from the countries that imposed the restrictions.