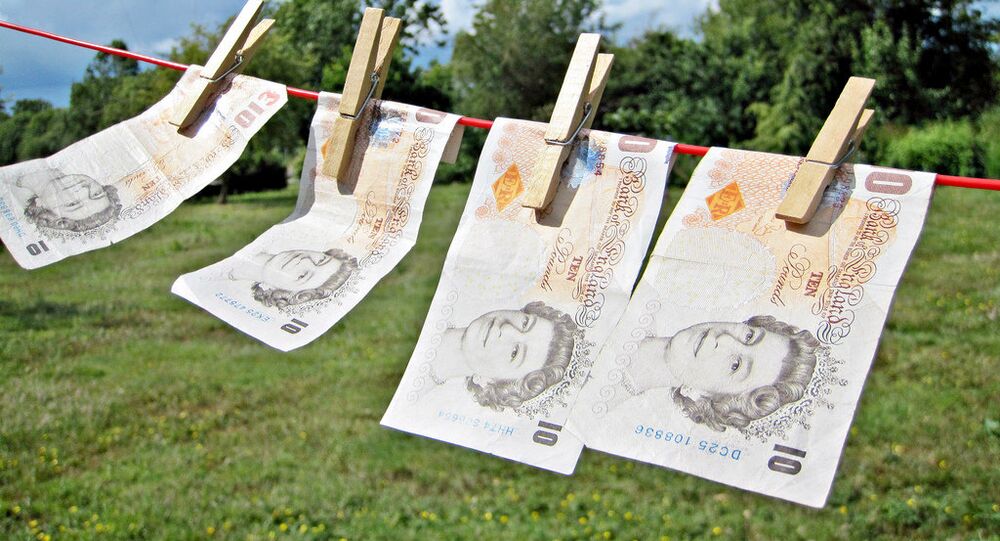 The London property market has become a safe haven for corrupt capital stolen from around the world because of lax laws which allow UK property to be owned by secret offshore companies.

New research by Transparency International, 'Corruption on your Doorstep: How corrupt capital is used to buy property in the UK', shows that billions of pounds worth of properties are owned by secretive offshore companies covering up corruption.

We've launched our first ever petition! End the laundering of corrupt cash through UK #property now https://t.co/oO8oe7AhDN via @38_degrees

Dr Robert Barrington, Executive Director of Transparency International UK, told Sputnik: "A large number of properties — almost 40,000 — are owned by foreign owners in offshore secret jurisdictions, so it's impossible to know who really owns them.

"We have also looked at the police database to see how many corruption cases under investigation relate to the same offshore jurisdictions and properties held by those companies.

The research — based on data from the Land Registry and Metropolitan Police Proceeds of Corruption Unit — found that 75 percent of properties whose owners are under investigation for corruption made use of offshore corporate secrecy to hide their identities.

More than £180 million-worth of property in the UK has been brought under criminal investigation as the suspected proceeds of corruption since 2004. Transparency International says this is believed to be only the "tip of the iceberg" of the scale of proceeds of corruption invested in UK property. Over 75 percent of the properties under criminal investigation use offshore corporate secrecy.

Islands in the Shade

In 2011 alone, £3.8 billion-worth of UK property was bought by British Virgin Islands-registered companies.

"In London, it is very easy to hide your identity as a property purchaser and also there are a large number of intermediaries — lawyers, accountants, service providers — who can help you do that."

He said the use of the overseas territory of the British Virgin Islands as well as the British Crown Dependencies of Jersey, Guernsey and the Isle of Man makes it simpler to hide corruption.

"Because of the secrecy, it's possible to hide the corruption. Those jurisdictions have very good links with the UK. They have good professional services links, good transport links, they speak the same language.

"So, if you're going to invest in property in London, they are very obvious places that you would use to setup your secret company," he said.

Police are failing to uncover the true scale of money laundering in the lucrative UK property market http://t.co/2aV7VtYMbG

Transparency International is calling for buy-in from the UK Government, lawyers and estate agents to ensure that the UK property market is no longer a safe haven for corrupt funds. It says clarity should be established over who owns the companies that own so much property in the UK through making such disclosures a Land Registry requirement.