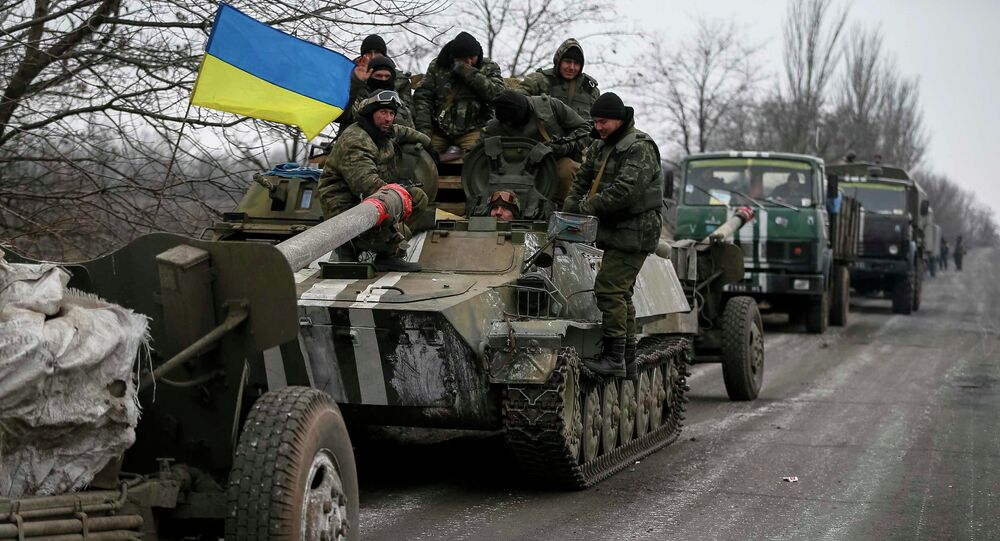 Ukraine’s special operations press center stated that Ukrainian military is preparing the second stage of withdrawing heavy artillery from the frontlines in the country’s east.

“Ukrainian fighters are continuing to fortify defense lines and preparing for the second stage of redeploying artillery systems to a certain distance during the international agreements,” the press center said.

The Ukrainian military began its first stage on February 26.

On Sunday, Eastern Ukraine's self-proclaimed republics of Donetsk and Luhansk (DPR and LPR) said they had completed the withdrawal of heavy weapons from the line of contact.

The withdrawal of heavy artillery from the contact line is one of the measures stipulated in the plan toward the Ukrainian reconciliation signed by Kiev forces and Donbas pro-independence fighters on February 12.

The peace agreement was worked out by the leaders of Russia, Ukraine, Germany and France after talks in Minsk, Belarus.

Along with the heavy weaponry withdrawal, the agreement includes an all-for-all prisoner exchange and the ceasefire that came into force on February 15.