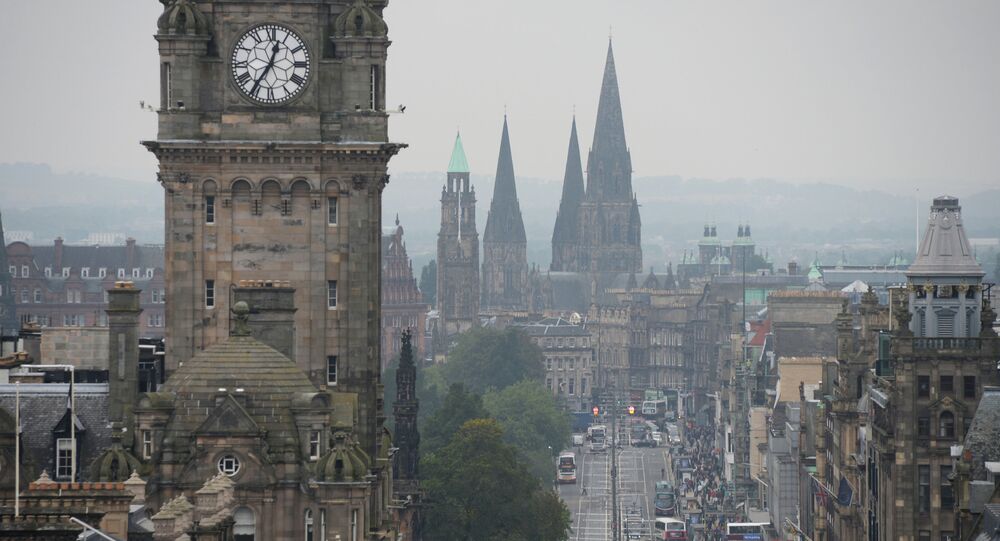 A prominent UK human rights lawyer says that fear of being labelled as an Islamic extremist is leading to a quelling of legitimate political debate among Muslims and obscuring signs of radicalization among younger followers, especially young Muslim females.

EDINBURGH (Sputnik), Mark Hirst – Fear of being labelled as an Islamic extremist is leading to a quelling of legitimate political debate among Muslims and obscuring signs of radicalization among younger followers, especially young Muslim females, a prominent UK human rights lawyer told Sputnik on Tuesday.

"There has been a lot of focus since 9/11 on radical preachers within Mosques and quiet honestly you won't find radical preachers in Mosques in Scotland. In fact even throughout the rest of the UK it would be hard to find radical, political Muslim preachers because they have been rooted out," Aamer Anwar, who was voted Criminal Lawyer of the Year in 2014, told Sputnik.

Anwar accused the Muslim Council and other Islamic representative bodies, together with mainstream non-Muslim politicians, of ignoring the underlying politics that he believes is driving much of the perceived religious extremism.

"The terrain is left open for organizations like ISIS [ISIL] and Al Qaeda to talk and converse with young people about issues they do want to talk about. Young Muslims have questions they want to be addressed," Anwar told Sputnik, adding that "for the mainstream, for Mosques, for Muslims Councils of Britain and all these people are completely out of tune."

The human rights lawyer, who is also a representative of the family of Aqsa Mahmood, the teenage Muslim who fled from Scotland to Syria in 2013 to become a so-called "Jiahdi bride", was speaking after the British Metropolitan Police disclosed around 60 young women, most of them under 20 years old, had left Britain to travel to Syria with the same aim as Mahmood.

Mazhar Khan, Secretary of the Muslim Council of Scotland, said they had been working closely with the police since last year to address the issue.

"We put out a joint statement with Police Scotland last year basically urging people not to travel abroad. They should be discouraged from travelling to Syria," Khan told Sputnik.

Khan added that although the Aqsa Mahmood case had received extensive media coverage the numbers leaving from Scotland was less than in other parts of the UK.

"At the moment, fortunately, we are aware of only two girls leaving from Scotland, one from Aberdeen and this young girl [Mahmood] from Glasgow," Khan added.

The lawyer's remarks show up anxiety over the growing number of cases when young women from the United Kingdom and other European countries are joining the ISIL terrorists.

UK Security Services Should Do More to Prevent Radicalization - Expert