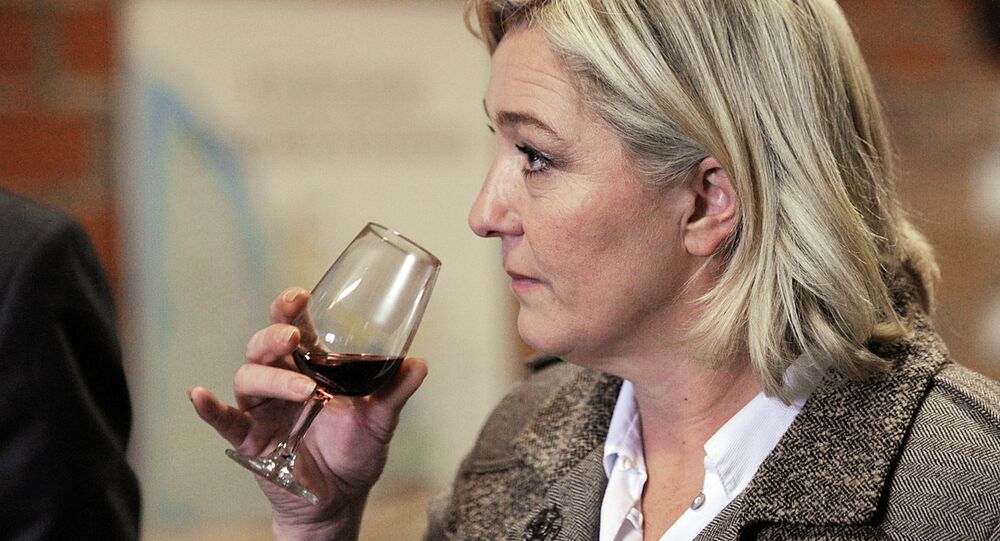 Marine Le Pen, the leader of the French party Front National refused to "have a drink or two" or to discuss France's political matters with Madonna, the American pop singer.

In an interview with a French television channel, the diva said she would like to have a drink with the leader of Front National and discuss burning human rights issues with her. According to Madonna, she wanted Marine Le Pen to share her own views on the situation in France following the tragic Charlie Hebdo massacre. The 56-year-old American pop star said she has always stood for "freedom of expression" and noted that the last thing she wanted was to start a war with the politician.

It is worth mentioning that Marine Le Pen strongly condemned the attack which was launched against the satirical magazine and called upon her compatriots to withstand the Islamist challenge.

Meanwhile Madonna, famous for her scandalous statements, has recently compared France and Europe to Nazi Germany. "It feels like Nazi Germany," the singer said expressing her concerns regarding freedom of speech and expression in Europe. The diva noted that France has always been a country that encouraged artistic freedom.

Furthermore, French media reported the American pop star had already targeted Marine Le Pen and Front National in her controversial performances. Particularly, in 2012 the singer launched her world tour with a show depicting a video montage of Marine Le Pen with a swastika on her forehead. However, when threatened by legal actions, Madonna cut the insulting video image from her show program.

The latest public polls indicated that Marine Le Pen is currently supported by more than a third of French voters, who have praised her commitment to "French republican values." Experts predict that during the forthcoming regional elections in France, scheduled for March 22-29, Front National will inflict a heavy blow on the French political establishment.