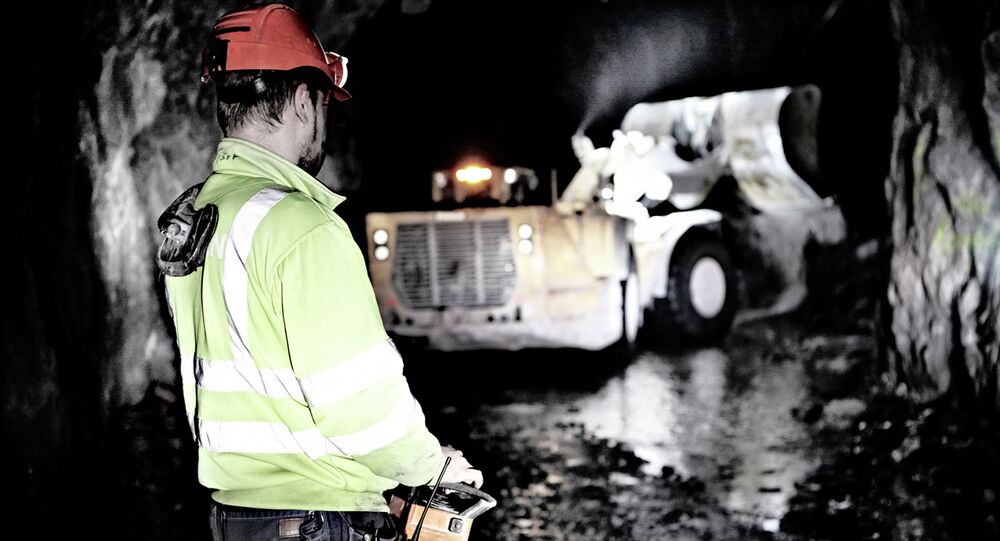 Over 160 Rescued From Mine Fire in Sweden

After a fire broke in the Grindstugan mine in central Sweden, more than 160 people were reportedly evacuated.

© AP Photo / Themba Hadebe
South African Mine Fire Traps Nearly 500 Workers, Rescue Underway
MOSCOW (Sputnik) – More than 160 people were reportedly evacuated when a fire broke out some 800 meters (2,600 feet) below ground at the Grindstugan mine in central Sweden on Tuesday.

“The fire has now been extinguished and all employees have been evacuated. No reported injuries,” mining company Boliden said, on its website.

The company did not say what caused the fire.

A total of 166 people were in the mine when the fire broke out, according to Sweden’s Aftonbladet newspaper.

The incident comes one month after a truck caught fire 3,000 feet below the ground in Sweden’s Kiruna mine. More than 250 people were in the pit when the fire began, 10 of whom were briefly trapped at a 4,400-feet depth.

Nearly 30 people were rushed to a hospital when a mine fire broke out in Kiruna last year.