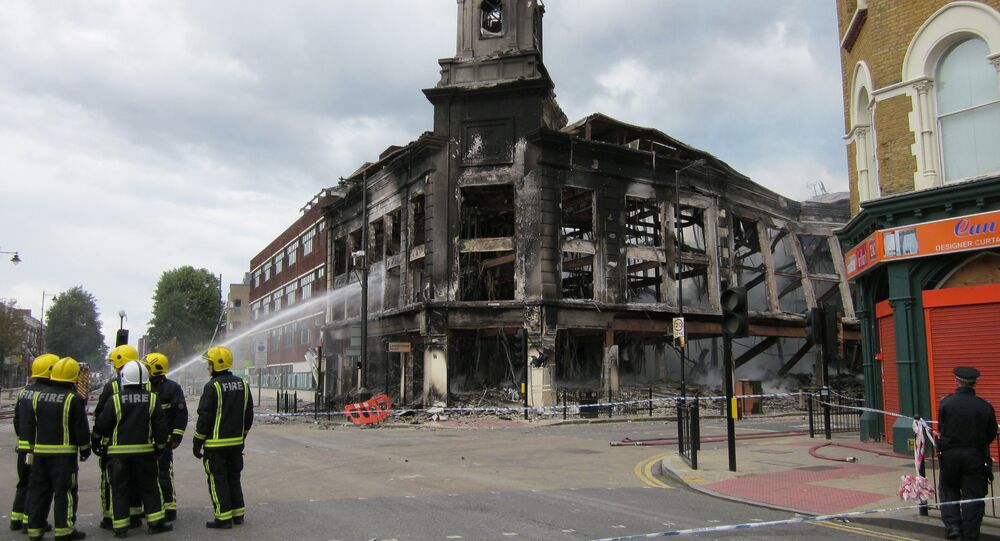 Almost three quarters of arson, theft and criminal damage crimes reported to British police go unpunished, with just under one in ten resulting in a conviction. It has led lawyers to suggest the victims have little faith in the criminal justice system.

According to a report by David Lammy, the Member of Parliament for Tottenham, in London, which was the epicentre of the August 2011 riots which brought about mass looting and arson, the majority of such crimes have their file marked "investigation complete, no suspect identified".

In August 2011 riots engulfed communities across the country. They were sparked by the shooting of Mark Duggan by police in Tottenham and precipitated a mass riot leading to violent clashes with police, along with the destruction of police vehicles, a double-decker bus, and many civilian homes and businesses.

Over the following days, the chaos spread to other parts of London, including Hackney, Brixton, Walthamstow, Peckham, Enfield, Battersea, Croydon, Ealing, Barking, Woolwich, Lewisham and East Ham. A few days later, the violence spread to other English cities, including Birmingham, Bristol, and Manchester.

Lammy said the police and the courts are "turning a blind eye" to property crime and that victims have little faith in the criminal justice system.

"Walking down Tottenham High Road in the aftermath of the 2011 riots, the sheer scale of destruction was immediately apparent. Glass crunched underfoot on the streets I had walked all my life, as dazed families stood staring at their burnt-out homes.

© Flickr / George Rex
Croydon road looking like a tornado swept up it as fire tenders spray water twelve hours after the fires were set during riots in 2011.

"Buildings that a few hours earlier had housed thriving shops and businesses were now smouldering shells of wrangled metal. This was an intensity of criminality the like of which Britain has rarely seen," Lammy said.

"In the weeks after the riots, once the cameras had moved on, the glass had been swept away and shattered windows replaced, it became clear that the majority of the criminal acts committed during the riots were not acts of violent crime but property crime: theft, looting, vandalism, arson and criminal damage."

"I was shocked to discover that the burning, looting, stealing and violence of the 2011 riots barely made a blip on national crime rates. While the visual nature of the criminality on display was enough to make front page headlines around the world, the reality was that this was simply a particularly public symbol of a property crime epidemic that has been quietly sweeping across Britain for years," said Lammy.

He said people consistently report a lack of confidence in the ability or willingness of police to investigate and prosecute incidents of property crime.

There is no such thing as a ‘victimless crime’; it is a damaging myth that needs to be dispensed with: http://t.co/zpny1rGVa2

"There is no such thing as a ‘victimless crime'; it is a damaging myth that needs to be dispensed with. The perception that only violent crimes have victims is inaccurate and unhelpful. Property crime victimisation should be taken much more seriously."