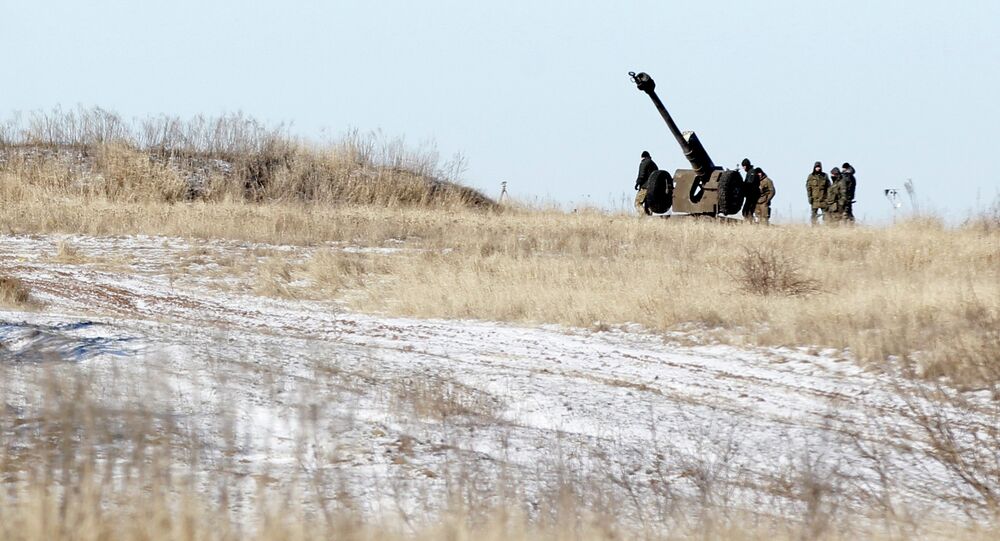 The negotiator from the self-proclaimed Luhansk People’s Republic Vladislav Deinego said that LPR and PDR did not receive clear answer from the OSCE representative on how Kiev’s withdrawal of heavy artillery is progressing.

“We have not been able to receive a clear answer from the OSCE representative on how Kiev’s withdrawal of heavy artillery is progressing or if they make it according to schedule,” Vladislav Deinego told RIA Novosti.

© REUTERS / Baz Ratner
DPR in Talks With Kiev on Returning Bodies of Dead Soldiers
“No serious progress was reached so far. I think that tomorrow or the day after we’ll hold another Skype conference,” Deneigo said.

On Sunday, East Ukraine's self-proclaimed republics of Donetsk and Luhansk (DPR and LPR) said they had completed the withdrawal of heavy weaponry from the line of contact in accordance with the Minsk agreements. DPR Militia Deputy Commander Eduard Basurin stressed, however, that the Ukrainian army had withdrawn just 15 percent of its heavy weaponry, as of Saturday.

On Monday, Basurin said that Kiev’s foot-dragging on the weapons' pullback could hinder the fulfillment of the Minsk agreements, saying that Kiev forces did not specify the quantity nor the location of where their weapons were stored.

Another Minsk meeting on Ukrainian reconciliation ended on February 12, with leaders of Russia, Ukraine, Germany and France concluding an accord on crisis resolution. The 13-point deal foresees the implementation of a ceasefire, in force since February 15, heavy weaponry withdrawal and an “all-for all” prisoner swap.