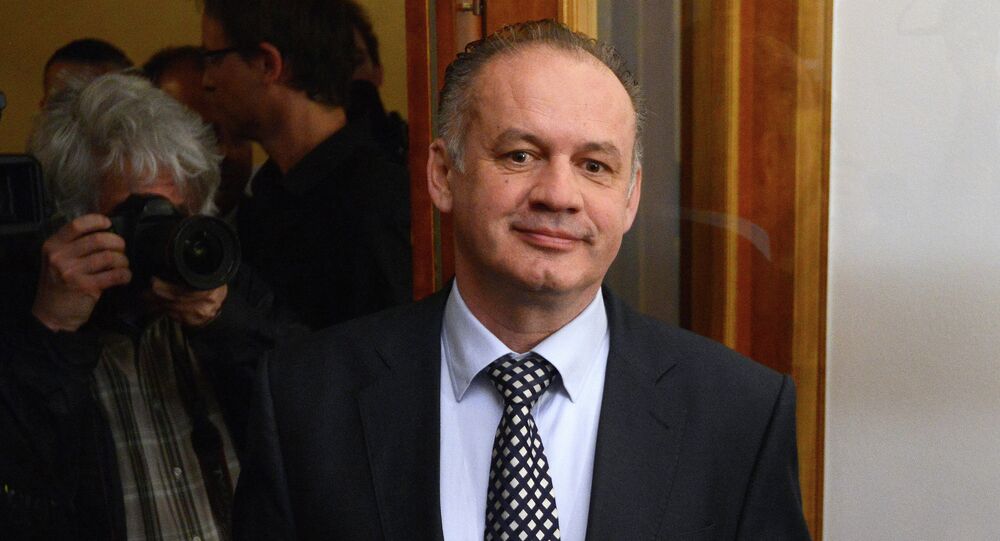 Slovakian President Andrej Kiska stated that country has made it a priority to cut its dependence on Russian military equipment during its modernization program for the country’s armed forces.

© Flickr / The U.S. Army
US State Department Approves Helicopters’ Sales to Slovakia, But Overpriced
BRUSSELS (Sputnik) – Slovakia has made it a priority to cut its dependence on Russian military equipment during its modernization program for the country’s armed forces, Slovakian President Andrej Kiska said Tuesday.

“The process of modernization of the Slovak armed forces has begun. And our ambition is really absolutely to reduce our dependence on Russian military equipment,” Kiska said in English during a joint press conference with NATO Secretary General Jens Stoltenberg in Brussels.

In January, Slovak Defense Minister Martin Glvac visited the Pentagon where he met with the US defense secretary at the time, Chuck Hagel. The two officials discussed strategic cooperation in modernizing Slovakia's military, with Hagel pledging his support for the Eastern European country's modernization efforts.

Slovakia is committed to spending 1.6 percent of its GDP on defense by 2020, Glvac said during the meeting, adding that by 2016, the country plans to allocate 20 percent of the defense budget to modernization.

US State Department Approves Helicopters’ Sales to Slovakia, But Overpriced