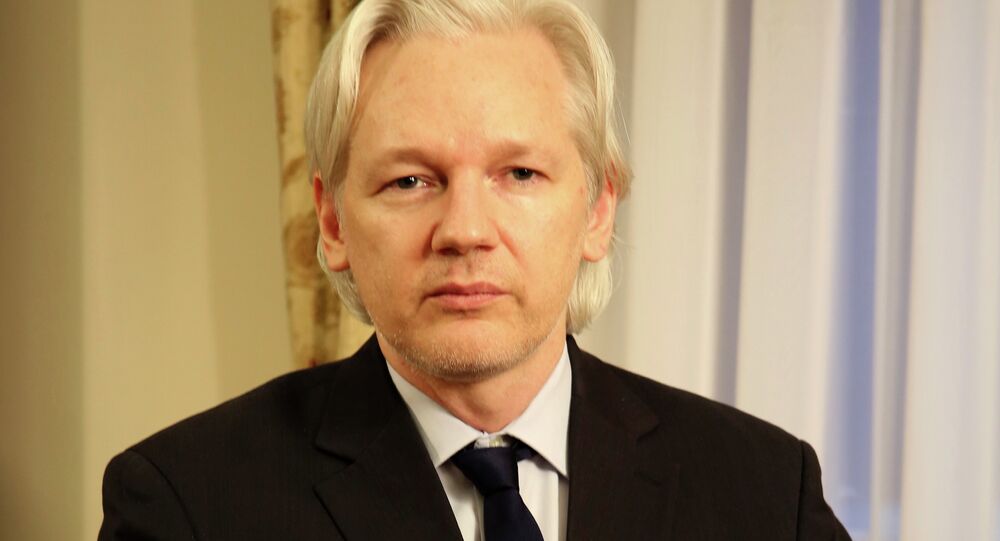 Julian Assange still remains holed up in Ecuador’s embassy in London. The WikiLeaks founder told RTS the US government would never let him off the hook for publishing top secret US military documents leaked in 2010.

He has been residing in the Ecuadorian embassy in London since the summer of 2012 when he was granted a political asylum by the South American country,

© REUTERS / Suzanne Plunkett
Metropolitan Police to Review Costs of Assange’s 'Security'
“Phones and hard drives worldwide are now under surveillance. This makes the world a very vulnerable place and poses a threat to everyone,” Assange said, adding that he will keep working to make sure people have access to censored data, because this information is essential in order to have a better understanding of the world we live in.

The WikiLeaks founder also spoke about his pain of being separated from his family. “It’s something that’s so hard for me, but even harder for my kids… but if you believe in something, you have to pay the price,” Assange told RTS.

© AP Photo / U.S. Army, File
Wikileaks Whistleblower Manning Joins the Guardian As Opinion Writer
Assange is currently wanted by the United States after publishing secret US military and diplomatic documents leaked by Chelsea Manning in 2010. Assange said he no longer believes in a positive outcome of his case saying that the United States would not let him off the hook for what he did.

“It’s possible that I’m condemned to death,” Assange told during the interview.