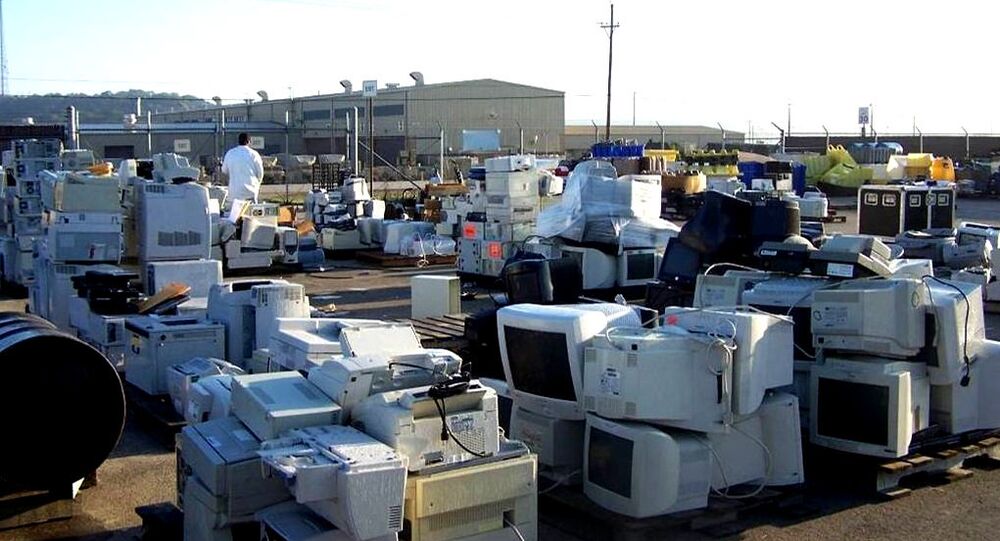 Organised crime is becoming massively dominated by e-waste from computers and mobile phones which has become a key illicit commodity and given rise to a new "virtual currency", according to European police forces.

Europol, the European Union's law enforcement agency, says the proliferation of electronic devices containing precious metals and materials such as gold, silver, nickel and palladium has already turned e-waste into a valuable commodity that is traded, bartered and trafficked on a global scale like other illicit commodities such as drugs, firearms or endangered species.

According to its report 'Exploring tomorrow's organised crime' published on March 2, there has been an "exponential increase" in the quantity of e-waste which now emerged as a "major illicit commodity rivalling the trafficking of drugs in terms of scale and profits".

From Waste to Gold

The output of waste in Europe has increased dramatically over the past 30 years. While the quantities of household and industrial waste are increasing fast and have prompted the development of large and sophisticated waste management industries, there has been "unprecedented growth" in the value of e-waste as a traded commodity.

Conservative estimates see the total number of obsolete PCs and phones in developing regions of the globe outstripping that of developed regions by 2017. In 2012, an estimated 48.9 million tonnes of e-waste were generated. This represents a growth of 15.2% compared to the global quantity of e-waste discarded in 2011.

Even if current growth levels of e-waste generation are maintained on a year to year basis, by 2017 the annual global output of e-waste is estimated to range from 65.4 million tonnes to 93.5 million tonnes.

"Organised crime is dynamic and adaptable and law enforcement authorities across the EU are challenged to keep pace with the changing nature of this substantial and significant threat."

Making Money in a Time of Waste

The two driving factors behind the emergence of e-waste as a key illicit commodity of the future are scale and profits. These two elements perpetuate a dynamic cycle that feeds off the scarcity of the materials required for the production of everyday electronic goods, for which demand is rising across the globe, as well as the abundance of the electronic waste containing these precious resources.

Organised crime groups are already heavily involved in the trafficking and trade in e-waste, which promises substantial profits and often only entails the low risk of being fined a modest fee if discovered.