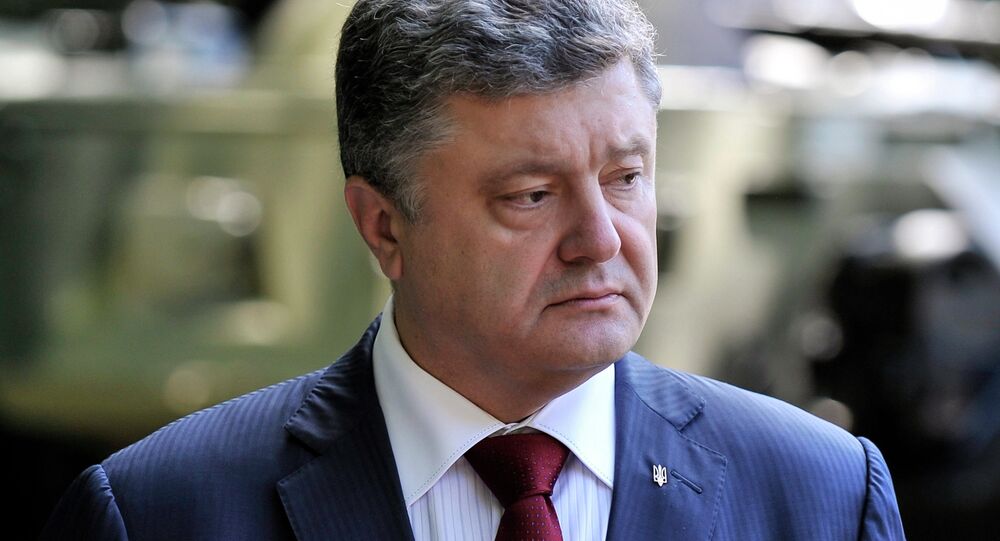 When Petro Poroshenko became the president of Ukraine, German politicians pinned their hopes on him. However, after one year of his governance, Berlin does not hide its disappointment with Poroshenko’s performance.

Berlin had high hopes for Poroshenko, when he became the president of Ukraine. Poroshenko promised to resolve the conflict in the eastern part of the country using peaceful measures. However, he failed to keep his promises: almost a year later, there is a full-blown war going on in Donbas.

© AP Photo / Petros Giannakouris
Ukrainian Crisis is the Only One That Can Be Solved – German FM
“Now, ten months later, Berlin is strongly disappointed,” the German channel reports.

In addition, during the peace talks in Minsk, Poroshenko did not inform his Western allies about the weakness of his army. Perhaps, he was not aware about the real situation himself, but that also leaves a bad impression on the Ukrainian president, ARD said. The weakness of the Ukrainian army, in particular, came as a big surprise to many in the West.

© AP Photo / Michael Sohn
Germany on Peace Track, No Plans to Arm Ukraine
“We are dealing with the army that is decaying and can no longer fight,” said Wolfgang Ischinger, the Chairman of the Munich security conference.

Another factor that disappointed Germany is Ukraine’s volunteer battalions, funded by the country’s oligarchs. These volunteers are notorious for their brutality. They do not comply with Ukraine’s law or international agreements, they are simply out of control, ARD said.

The military conflict in eastern Ukraine only served to strengthen the positions of Ukrainian oligarchs and failed to resolve any problems that Ukraine had prior to Poroshenko’s presidency, a representative of the German Green Party said.