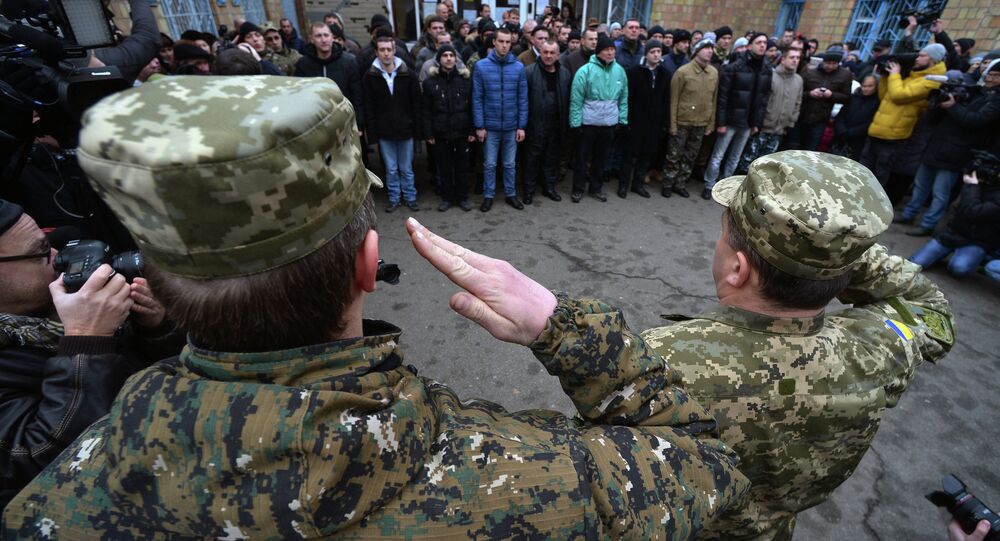 Almost 94 thousands of inhabitants of Zakarpattia region in western Ukraine have obtained Hungarian citizenship, according to Janos Arpad Potapi, Hungary's Secretary of State.

© AFP 2021 / ALEXANDER ZOBIN
One for All, All for One: Hungarians Want to Protect Their Kin in Ukraine
Ekaterina Blinova — Almost 94 thousands of inhabitants of Zakarpattia region in western Ukraine have obtained Hungarian citizenship through the country's Simplified Naturalization program.

"66 percent of the new citizens came from Transylvania, 17 percent from Vojvodina and 14 percent from Zakarpattia," the Secretary of State elaborated.

© REUTERS / Alexander Ermochenko
Ukraine Recruits 45,000 Draftees in First Nine Days of Mobilization
The initiative is supported by the Bethlen Gabor Fund operating in several European regions including Zakarpattia. Almost 17,5 billion Hungarian Forints ($65 million) have been allocated by Budapest for the Fund's activities in 2015. This year, the program has been expanded, targeting such countries as Cyprus, Greece, Italy, Portugal and Spain.

Experts point out that Ukrainian males are crossing borders into Russia, Poland, Donetsk and Luhansk Republics trying to escape from military mobilization launched by Kiev. In the beginning of the year Ukrainian authorities unveiled a plan to mobilize nearly 104,000 men aged 20-60 to continue the so-called "anti-terrorist campaign" in eastern Ukraine.