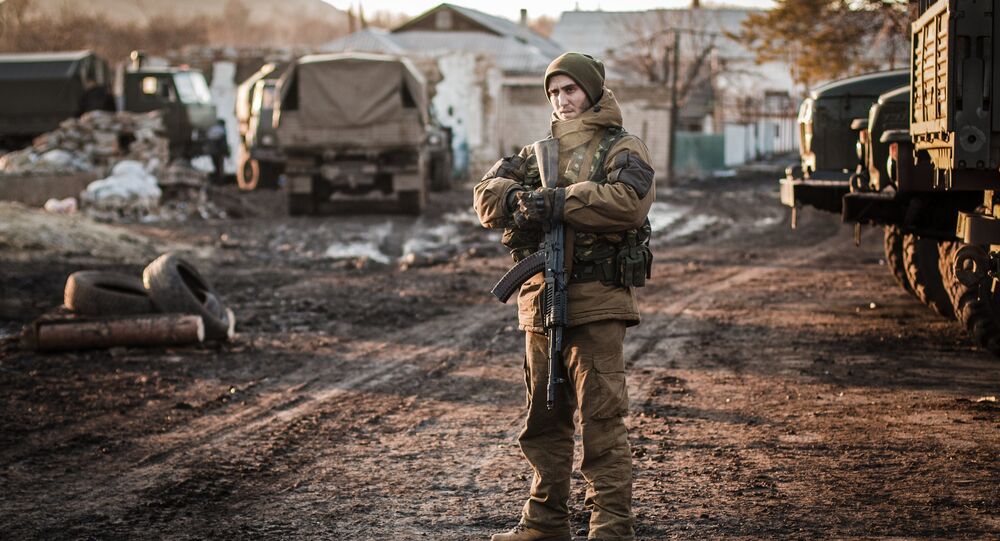 Washington will do everything it can to prosecute European nationals who went to fight in Eastern Ukraine on the side of Donbas independence supporters, Paul Craig Roberts, the former assistant secretary of the US Treasury, told Sputnik in an exclusive interview.

© AP Photo
Russia Condemns Participation of Foreign Mercenaries in Ukrainian Conflict
The arrest of eight Spanish nationals, who fought in Ukraine on the side of Donbas independence supporters, contradicts Washington’s anti-Russian propaganda and now the United States will do everything it can to prosecute these people, Paul Craig Roberts, the former assistant secretary of the US Treasury, told Sputnik in an exclusive interview.

Earlier on Friday, Spaniards returning from eastern Ukraine were accused of being involved in murder, possession of weapons and having acted against the interests of their own government abroad.

The arrest is “a manifestation of double standards”, as no Spanish citizens or nationals of other European countries, who voluntarily fought on the side of Kiev forces, have been arrested.

© AP Photo / Evgeniy Maloletka
Guns for Hire? Donetsk Intercepts Enemy Conversations in Four Different Languages
Roberts said that although for him this is a clear case of double-standards and hypocrisy, Washington does not think so. Any kind of support shown for Donbas fighters in Europe is embarrassment to the White House. Washington does not want to see any European nation supporting pro-independence militia in eastern Ukraine.

“When Europeans go there [to Eastern Ukraine] and aid Donbas fighters it contradicts Washington’s propaganda, and so Washington will do everything it can to bring about the prosecution of these people,” Roberts told Sputnik.

© Flickr / Stephen Melkisethian
US Foreign Policy 101: Always Blame Putin for Your Mistakes in Ukraine
When asked to comment on how far the European Union (EU) would go to prosecute Europeans who went to fight on the side of Donbas militia, Roberts said it will depend on how much pressure Washington puts on European governments. This is not a decision that Europeans can make independently from the United States, adding that the arrest of eight Spanish volunteers shows that the government in Madrid has already caved in and now will follow whatever orders it receives from the White House.

On a final note, Roberts said that there are no independent governments left in Europe, as everyone in the EU is a vassal state of the United States.