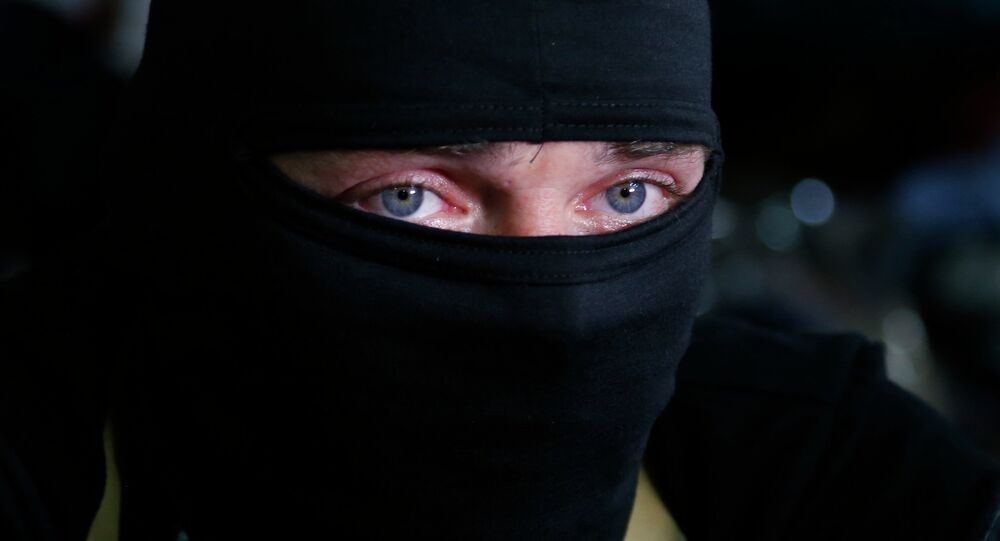 Arresting eight Spaniards, who supported independent Donbas, and ignoring those, who fought alongside Kiev's army, is “a manifestation of double standards”, the Madrid Committee in Support of Anti-Fascist Ukraine told Sputnik.

© Flickr / copsadmirer@yahoo.es
Spanish Police Detain Eight Citizens Who Fought in Donbas
MADRID (Sputnik) — All the Spaniards arrested by Spanish police earlier this morning for taking part in the Ukrainian conflict were fighting alongside Donbas independence supporters, Agustin Rivas, a representative of the Madrid Committee in Support of Anti-Fascist Ukraine, confirmed to Sputnik on Friday.

Earlier on Friday, the Spanish Interior Ministry’s spokesman told Sputnik that police had arrested eight Spanish citizens who took part in the Ukrainian conflict. The ministry spokesman said that all the detainees were fighting "on the same side", however he could not confirm nor specify whether they fought alongside Kiev forces or independence supporters.

The Committee's representative called what happened this morning “a manifestation of double standards” since no Spanish citizens who fought alongside Kiev were arrested.

Spaniards returning from Ukraine are accused of being involved in murder, the possession of weapons and explosives and acts against the interests of Spain abroad.

Rivas said that these accusations "have nothing to do with reality."

The eight were detained at 05:30 GMT on Friday during a raid that took place in several different regions across Spain — Asturias, Catalonia, Extremadura, Madrid, Murcia and Navarre.

An armed conflict broke out in Ukraine's southeast last April, after Kiev launched a military operation against the region's pro-independence movement.